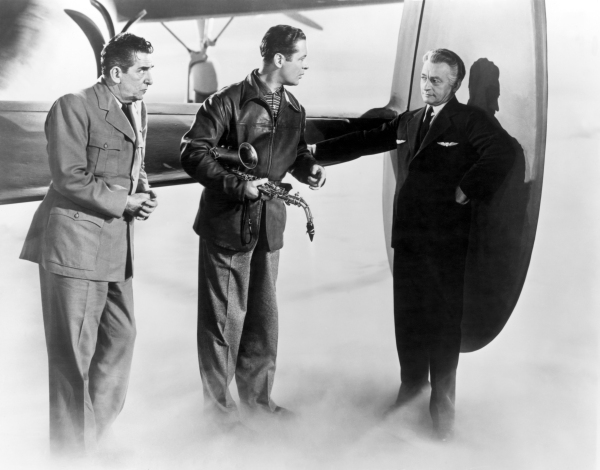 “Pleasant Valley, where all is peace, and love, and harmony, and where men are beating each other’s brains out.”

It’s rare that an opening title card sets the tone of a movie quite so effectively as the laugh-out-loud beginning to Alexander Hall’s 1941 gem “Here Comes Mr. Jordan,” now out in a new Blu-ray edition from the Criterion Collection. It’s both a funny line and a signifier of one of the themes of the film, about how nothing quite lives up to our idealization of it. Not even Heaven.

One of those men beating another’s brains out is Joe Pendleton (Robert Montgomery) a cheerful Brooklyn Joe who always carries his beloved saxophone under his arm, forever trying to get one riff just right. He’s flying home in his own plane from the last fight, playing the riff over and over in the cockpit, hitting the same bum note every time. Another good joke, if a morbid one — Joe’s playing is so bad that one of the struts on the plane starts to loosen, and the aircraft plummets to earth.

If you’ve seen “Mr. Jordan,” or the remakes “Heaven Can Wait” with Warren Beatty or “Down to Earth” with Chris Rock, you know what happens next. Joe’s soul is whisked from his body just before impact by an over-eager angel. Only, when his boss Mr. Jordan (the smooth Claude Rains) consults the books, he finds out Joe miraculously doesn’t die in the crash after all. Great news, except before Mr. Jordan can return Joe’s soul to his body, it’s cremated. Oops.

As a consolation prize, Mr. Jordan offers Joe the chance to hop into another body, that of an about-to-be-murdered businessman who just swindled his clients out of a boatload of money. Joe reluctantly agrees, and takes over the rich man’s body. (This may be a bit of a Hollywood in-joke, since Montgomery was usually cast as cultured rich men, not working-class guys like Joe.) As he acclimates to this more suitable body, Joe tries to right the wrongs that the body’s previous owner had wrought. But fate and Mr. Jordan have another twist in store for him.

This was the first time I had seen “Mr. Jordan,” but I have vivid memories of seeing “Heaven Can Wait” with my father when I was 10 or so. It was one of my first experiences with a “grown-up” movie, and I remember the new, rather uneasy feeling of seeing a movie that mixed tones together. “Wait” is very funny, especially Charles Grodin and Dyan Cannon as the scheming businessman’s wife and secretary. But there’s also a sadness in Joe’s plight, as fate steals one body from him and, eventually, his memory. That bittersweet quality was something I hadn’t experienced in a movie up until then. 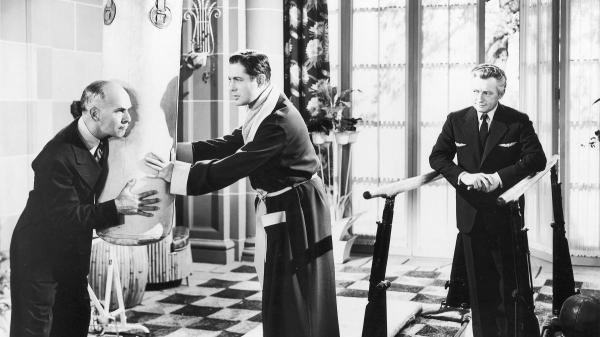 If anything, “Mr. Jordan” has it even more so. It’s encapsulated in that sax riff we hear over and over again, sweet and sad, always a bit off-key. All of the human condition seems to be encapsulated in those few notes, the striving over and over to get things right, and never quite getting there before Mr. Jordan or another angel comes to call. But there’s beauty in the effort, in how we spend the time we’ve got.

The Criterion Collection edition features a few extras, including a chummy conversation between critic Michael Sragow and filmmaker Michael Schlesinger, in which they discuss the film at length, and how it launched a subgenre of “afterlife” films — “It’s a Wonderful Life” could probably be considered one of its offspring.

And it’s great fun to hear a 1942 radio play version, featuring all of the original cast, except that Cary Grant, who was the original choice for the film version, plays Joe instead of Montgomery. Because if there’s anything “Here Comes Mr. Jordan” believes in, it’s second chances.