As Hollywood desperately tries to find more and more properties to turn into movies (Board games! Apps! Emojis!) it’s surprising they don’t buy the rights to more poems to turn into blockbusters. How about a rip-roaring “Ozymandias” about a team of adventurers trying to find the “two vast and trunkless legs of stone?” Or Russell Crowe as the “Ancient Mariner,” beset on stormy seas by a giant CGI albatross?

Terry Gilliam beat them all to the punch with his first film as a director, a very loose – indeed, pretty much entirely unraveled – adaptation of Lewis Carroll’s “Jabberwocky.” The 1977 film was just released this past week on Blu-ray from the Criterion Collection.

END_OF_DOCUMENT_TOKEN_TO_BE_REPLACED 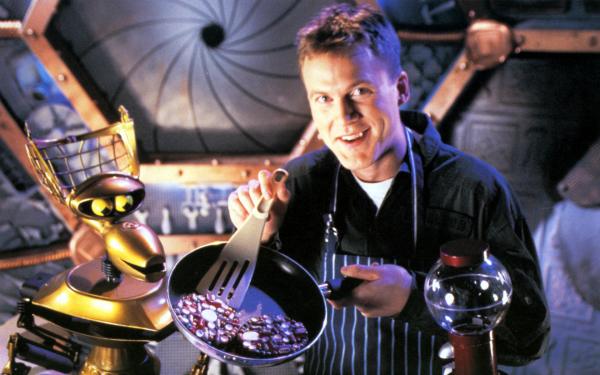 It’s fitting that, as we all settle in to celebrate Turkey Day, Shout! Factory has saved the best for last when it comes to its “Mystery Science Theater 3000” DVD sets. And also saved the last for last.

The new “Vol. XXXIX,” which came out this week, is the last scheduled of the four-disc sets to be released by Shout! Factory. They’ve now put all of the original “MST3K” episodes they have the rights to out on disc, ending with this set.

END_OF_DOCUMENT_TOKEN_TO_BE_REPLACED

We’re awash in Churchills right now in pop culture. There’s John Lithgow scowling away on Netflix’s “The Crown,” and later this month Gary Oldman will pile on the prosthetics in “Darkest Hour.”

But if there’s an actor who seems most suited to play the gruff but charismatic bulldog, called the greatest Briton of the 20th century, it would be Brian Cox. And he wouldn’t even need much makeup or prosthetics, having arrived to the set pre-jowled.

So it’s baffling, almost angering, that the movie “Churchill” so completely wastes Cox’s performance as Churchill. Cox’s performance is just fine in the movie (out now on DVD from Cohen Media Group). But the movie itself is so incredibly misguided, so willfully ignorant of the history both as it was and as the audience perceives it to be. It fails as drama because it fails at history.

END_OF_DOCUMENT_TOKEN_TO_BE_REPLACED

While watching the pair’s next film, the haunting “Personal Shopper,” one half-expects her to vanish before our eyes in this movie, too.

“Personal Shopper” is a ghost story, elliptical and surprising, and it’s not always clear that Stewart isn’t the ghost. The film is out now in a new Blu-ray edition from the Criterion Collection.

Assayas says in an interview on the Criterion disc that he wanted to make a ghost story that was quintessentially French. That included the Paris setting, and references back to the 19th century, when Europeans would regularly hold seances and even craft crude portraits in which their deceased loved ones “appeared.” In “Personal Shopper,” the ghosts seem to be all around us.

Stewart plays Maureen Cartwright, an American living in Paris who works as a personal shopper to a wealthy celebrity philanthropist, Lara (Sigrid Bouaziz). Since Lara is too famous to go out in public, Maureen goes out and buys expensive clothes and jewelry for her. We hardly see Lara in the film, and she hardly sees Maureen, and each is an almost spectral presence in the life of the other.

END_OF_DOCUMENT_TOKEN_TO_BE_REPLACED

Most Americans couldn’t find Micronesia on a map. And yet young men from the island nation (located 2,000 miles west of Hawaii) serve and die in the U.S. military.

That unusual relationship is explored in “Island Soldier,” a new documentary by Nathan Fitch that plays at DOC NYC this year and is touring other film festivals in 2017.

END_OF_DOCUMENT_TOKEN_TO_BE_REPLACED 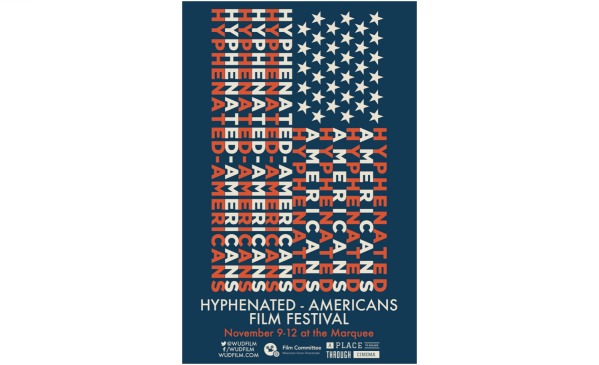 I’ve been a big fan of the Wisconsin Union Directorate’s Film Committee’s programming over the last few years — they seem to fill the Union South Marquee Theatre with just the right mix of recent hits that will bring in the students and indie films that people might have missed during their brief theatrical runs, or didn’t play in Madison at all.

One thing I’ve really liked is WUD Film’s commitment to use their fall and spring film festivals to target specific kinds of films, and subtly try to make a point with those festivals. Last spring, when there were plenty of articles about how so few female directors get the chance in Hollywood to get behind the camera, WUD responded with the Directress Film Festival, made up entirely of films made by women.