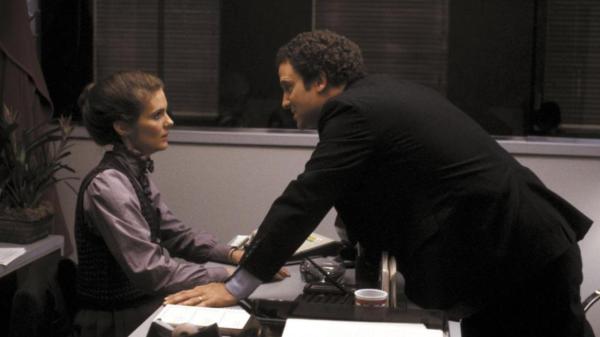 Pick of the week: “Lost in America” (Netflix) — Albert Brooks fan rejoice, as Netflix is now streaming all the comedies he wrote and directed. Maybe give a miss to “The Muse,” but there are some comic masterpieces here, including “Defending Your Life,” “Modern Romance” and this 1985 gem  starring Brooks and Julie Hagerty as an upwardly mobile couple who decide to “drop out” of society, only to find life out of the rat race isn’t so comfortable. Even in a top-of-the-line RV.

“Room” (Amazon Prime) — My full review is here. So good it makes your chest hurt, “Room” is one of the best movies of 2015 not because it goes for big Hollywood moments, but instead focuses on small, perfect moments. Brie Larson and young Jacob Tremblay are phenomenal as a mother and son who have been imprisoned since before he was born, and their efforts to survive and have a normal, loving life — and make a bid for freedom — make for an emotional powerhouse of a film.

“Batman” (Netflix) — The delightfully campy 1966 film starring Adam West and Burt Ward as the Caped Crusader and Boy Wonder is just so much fun, as the Dynamic Duo save Gotham City when all their A-list superfoes join forces. The “shark attack” scene will never not make me laugh.

“Cinderella Man” (Netflix) — My full review is here. Ron Howard’s 2005 film about Depression-era boxer Jim Braddock and his riches-to-rags-to-riches tale is a traditional redemptive sports movie in a lot of ways. But this one is done very well, with thrilling fight scenes, good performances and a real feel for the desperation that poverty drives people to.