“It Felt Like Love” screens for FREE at the UW-Cinematheque, 4070 Vilas Hall, 821 University Ave. at 7 p.m. Friday, and writer-director Eliza Hittman will take part in a post-show Q&A via Skype. Not rated, 1:22, two and a half stars out of four.

The dread that parents might feel about what their “little girl” is up to at night gets full flower in Eliza Hittman’s disturbing feature “It Felt Like Love.” Lila, at 14, is bombarded by imagery that sexualizes young women, from the lyrics on the rap songs she listens to to the suggestive dance routine her classmates rehearse. And then there are the boys, teenagers who are relentlessly charming in their quest to coax their girlfriends into bed.

Except for Lila, who sits and watches (literally at times) as her more-developed friends gain sexual experience. “It Felt Like Love” follows her deeply misguided quest to make up for last time, raising a lot of questions about how young women are expected to behave in America.

If that sounds a little didactic, it is, and Hittman occasionally stacks the deck in her favor, drawing thick black lines when greyer ones might have been more resonant. But she wraps her pointed agenda in a deceptively lovely tone poem about adolescence and summer, almost impressionistic in its evocation of the raging hormones of the teenage years.

Lila (the extraordinary first-time performer Gia Piersanti) lives at home in Brooklyn with her widowed dad, who seems so disconnected from her he’s like a fellow roomer at the boarding house rather than a parental figure. Next door a younger boy dotes on Gia, but she’s dismissive of him, scared to be thought of as a fellow kid. She even goes so far as to make up stories of sexual antics that she doesn’t quite understand. 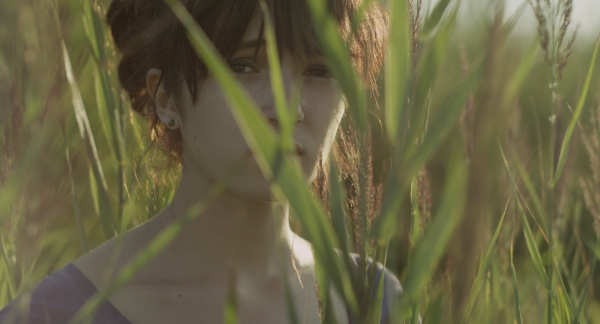 As her best friend gets more and more serious with her boyfriend, Lila desperately seeks out her own sexual partner, and lands on a thuggish college-age guy. She awkwardly tries to be a tease, unaware of the danger she’s putting herself in, or perhaps not even caring at this point. The unwise pursuit is bathed in sensual imagery and overtones, often wordless, and above all non-judgmental. This isn’t an after-school special.

The one aspect of the movie that does scream “after-school special” is that Hittman makes all the teenage boys in the film into manipulative brutes only looking for the next sexual conquest. There’s no small truth to that, of course, but Hittman doesn’t seem interested in looking past their exteriors the way she does with the film’s female characters.

Twice in the film, we see Lila wearing a white mask — one a literal one during a dance recital, the other a mask of sunblock while on the beach. It symbolizes the girl she’s pretending to be, the one she thinks our culture wants her to be, rather than the girl she is.

(Note: An earlier version of this review stated that Lila’s dad is divorced. He is in fact a widower, and the text has been corrected.)

2 thoughts on ““It Felt Like Love”: The lamb tries to chase the wolves”