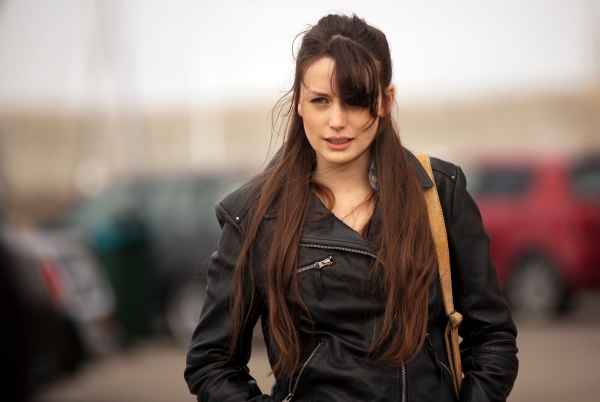 Turns out life had other plans. I’ve been dealing with a family emergency for the last week that has kept me (and will likely keep me) from the festival this year. I think everything at home is going to be okay, and whether I get to see a few movies or not seems pretty inconsequential in the face of it.

In the meantime, Sean Weitner, who contributed previews of “The Rocket”  and “Dangerous Acts Starring the Unstable Elements of Belarus,” has sent along a couple of his reviews from this year’s festival, so I’m going to post those over the next few days. Thanks for understanding.

It’s always fun to watch director Paul Verhoeven (“Robocop,” “Basic Instinct,” “Showgirls”) play in a new genre. He goes so far as to call “Tricked,” a 50-minute gentle sex farce, his own personal “8½,” which is such a Verhoeven thing to say; I presume he’s alluding to a combination of the film’s parade of mistresses and perhaps some personal history of May-December philandery or surprise pregnancies.

Still, what other serious director would be so unashamed as to equate this dog’s breakfast with “8½”?

To be fair, the dog is eating well, and the chef had one arm tied behind his back. “Tricked” is essentially the cinematic equivalent of a winning “Project Runway” dress — Verhoeven shot Kim van Hooten’s unfinished and very brief screenplay, and then let folks submit their scripts for what happens in the next five minutes; Verhoeven and crew then edited together the 700-odd submissions into the most coherent next chapter they could, shot it, and then released those minutes so that “users,” as Verhoeven calls them in the pre-show making-of documentary, could start the next round of script submissions.

Does the movie’s pace match up with this origin? Absolutely. Every five minutes or so, characters come together, overexplain things, and spin off into new orbits, which last for, surprise, the next five minutes. Three whole scenes are built around uncovering the titular subterfuge, twice as many as are needed.

Characters do unexpected-but-not-really things; I was one of the few who saw “Mr. Payback” in the early ’90s, in which theaters were equipped with voting equipment so that you could decide which of two pre-recorded paths the story would take at different opportunities, and of course audiences voted for the crassest outcomes. The crowdsourcers here don’t do much better; there’s not a lot here that you couldn’t comfortably file away as cliché.

But Verhoeven, his crew and his cast make the clichés work. The last line is obvious as the broad side of the barn, but the set-up is carefully judged and the delivery is a hoot. The whole enterprise is like that; apart from the herky-jerky rhythm, it feels surprisingly of a piece.