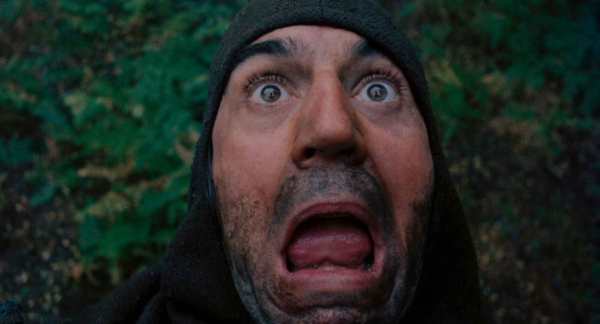 As Hollywood desperately tries to find more and more properties to turn into movies (Board games! Apps! Emojis!) it’s surprising they don’t buy the rights to more poems to turn into blockbusters. How about a rip-roaring “Ozymandias” about a team of adventurers trying to find the “two vast and trunkless legs of stone?” Or Russell Crowe as the “Ancient Mariner,” beset on stormy seas by a giant CGI albatross?

Terry Gilliam beat them all to the punch with his first film as a director, a very loose – indeed, pretty much entirely unraveled – adaptation of Lewis Carroll’s “Jabberwocky.” The 1977 film was just released this past week on Blu-ray from the Criterion Collection.