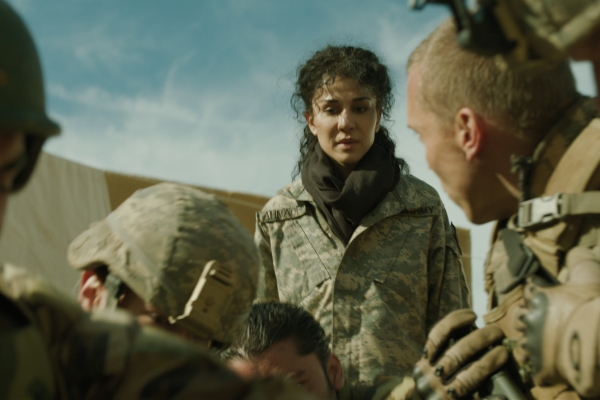 The five nominees contending for an Oscar for Best Live-Action Short are usually a dour lot. Searing but hopeful drama about a child caught in a war zone? Check. Quietly comic tale featuring hesitant cooperation between two sides in a protracted, seemingly impossible conflict? Miserablist European drama about a family in crisis? Check.

Which is not to say the films are bad. Some of this year’s offerings, which opens Friday at Sundance Cinemas, are quite good. But when so many inventive short films are being made and distributed, it’s a little tiring to see the same familiar storylines, the same conventional narratives, repeating themselves.

The best of the bunch of this year’s offerings is the miserablist European drama. “Everything Will Be Okay,” by Patrick Vollrath, keeps things on a low-key simmer, as a divorced father picks up his young daughter for his usual daily visitation. As the day progresses, the daughter starts to slowly pick up on the fact that something isn’t right. Why is Daddy selling the car? Why is he getting a passport photo taken?

Vollrath keeps us in suspense precisely because he shoots all this in a natural, unhurried way, so that everything really does seem okay even as the audience (and the daughter) begin to realize that it’s not. The film ends with a wrenching, protracted emotional scene that fades to black without resolution, leaving us a little shaken.

The other film I really liked was British director Benjamin Cleary’s cheerier “Stutterer,” which puts us inside the head of a lonely young man (Matthew Needham) whose speech impediment keeps him from having meaningful connections in his life. Cleary really makes us feel the man’s frustration through the use of voiceover narration – while words awkwardly force themselves out of his mouth one by one, they flow through his mind in great, clear torrents, yearning to get out.

The story of “Stutterer” revolves around the man’s online courtship of another woman, and his nervousness once she suggests they meet in person. “Stutterer” has a late plot twist that you’ll probably see coming, but by that point I was so invested in the character I didn’t mind the machinations.

“Klok” is this year’s child-in-a-war-zone entry, a searing look back at ethnic cleansing in 1990s Serbia, and how the strife took its toll on a friendship between a Serbian boy and an Albanian boy. The filmmaking is solid and the performances moving, but the way the film goes out of its way to be cruel, with multiple shots of children with guns held to their heads, feels exploitative.

“Day One,” is by Henry Hughes, who served alongside U.S. troops in Afghanistan in 2009 and based the story on his interpreter. In the film, an Afghan-American woman newly arrives in the war zone to serve as a translator, and must mediate between soldiers and a local family. A quick scene, in which the interpreter betrays a child’s trust to get information on the family, is much more powerful than the protracted melodrama that follows involving a mother going into labor.

Finally, Basil Khalil and Eric Dupont’s “Ave Maria” has the distinction of being the first Palestinian film to be nominated for an Oscar. It’s an uneven comic fable about the culture clash when a Palestinian family crashes their car into the side of a convent, and the nuns try to figure out a way around their vows of silence to help them. It’s sweet but scattered.

Based on past years, I’m betting on “Stutterer” to win the Oscar, but I could see “Day One” taking it as well. More importantly, I’d like to see Oscar voters cast their nets a little wider next time.