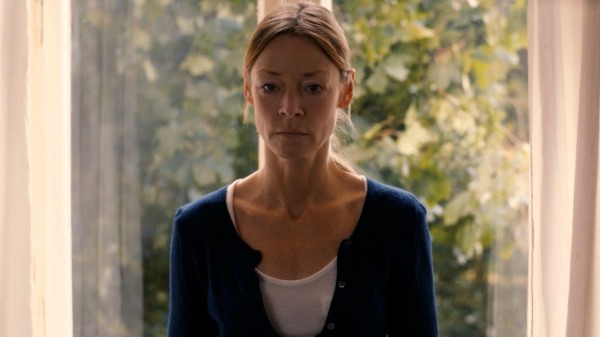 “The Strange Little Cat” screens at 7 p.m. Wednesday at the Madison Museum of Contemporary Art, 227 State St. Not rated, 1:09, three stars out of four. FREE for museum members, $7 for all others.

There’s a little moment early on in “The Strange Little Cat” where a woman is feeding the titular cat. As the orange tabby slurps away happily, the woman dangles her foot over the cat’s head, as if idly contemplating crushing its little skull into the bowl. Then she pulls her foot away.

That throwaway moment, mixing the mundane with a touch of the unexplainable and bizarre, is emblematic of Ramon Zurcher’s odd and oddly confident first feature. The film has no plot to speak of, just observing a day in the life of a Berlin family in their crowded apartment, going about their chores, sharing in-jokes. But the devil is in the details.

Zurcher makes no attempt to explain who all these people are or what their relationships are to each other — we are dropped mid-stream into this family’s life, as if we were another, silent member of the clan. Two characters make the deepest impression. One is the mother (Jenny Schily), the cat-feeding woman, often caught gazing sadly off into the distance for unexplained reasons. At one point, she tells the story of brushing up against a stranger in a movie theater, one of several anecdotes in the film that feel like utter non sequiturs.

The other is Clara (Mia Kasalo), the youngest daughter, who screams happily in the middle of the kitchen, feeds the rats out in the yard, and otherwise happily and obliviously navigates this world of adults. Zurcher’s rigorous formal style shoots the bustle of conversation and activity from unexpected angles; rarely do we see the person speaking, and not that often do we see the person spoken to. He often frames the shot with figures moving back and forth left to right, visible from shoulder to knee, while the mother stays utterly still.

The technique builds a sense of dread that is completely unexplainable — we don’t know what’s happening, we don’t know if anything is going to happen, but we want to watch more. Is this going to be an important day in the story of this family, or just another Saturday? Kurcher finds comedy, drama, and maybe a touch of horror in the activity of daily domestic life. And I wouldn’t blame it on the cat.