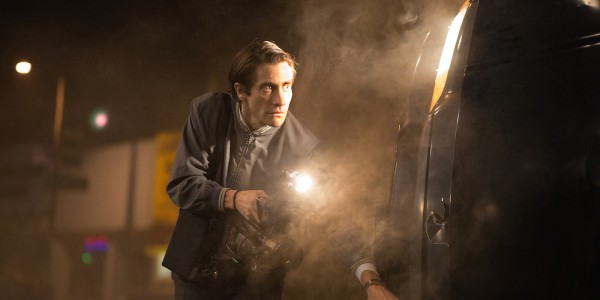 1. “Nightcrawler” (all week, Point, Eastgate, Star Cinema, Sundance) — Every generation gets the Rupert Pupkin it deserves, and ours apparently is Jake Gyllenhaal as a twisted freelance photographer whose thirst for grotesque crime scene photos takes him into some very dark places. No way he doesn’t get an Oscar nomination for this.

2. “Birdman” (all week, Sundance) — My full review is here. Michael Keaton makes a heck of a comeback in this nutty, chewy, wildly ambitious film from Alexandro Gonzalez Inarritu, about a washed-up movie actor trying to mount a Broadway adaptation of a Raymond Carver play. Also, he can fly. Also, it’s shot as if it’s all one take. Also, you should see it right away.

3. “Interstellar 35mm” (Tuesday through Thursday, Sundance) — Good thing Sundance held on to a couple of film projectors after they switched to digital — they’re the only theater in Wisconsin to be able to show Christopher Nolan’s sci-fi epic two days early in a special film version. The 4K digital version starts next Friday, but this is a rare (last?) chance to see a new movie on a pristine new film print.

4. “The Wicker Man: Final Cut” (Friday, 7 p.m., UW-Cinematheque) — Spend Halloween night on a remote Scottish isle where the locals seem to hold mysterious secrets, but will still build a nice fire to warm you up. This isn’t the laughable 2006 Nicolas Cage version, but the chilling original, now presented in a final-cut version. FREE!

5. “Sundance 2014 Shorts” (all week, Sundance) — My review of the live-action shorts is here. The Sundance Film Festival is following the lead of the Oscars and beginning to screen several of its shorts from last year’s festival around the country, in separate live-action and animated versions.