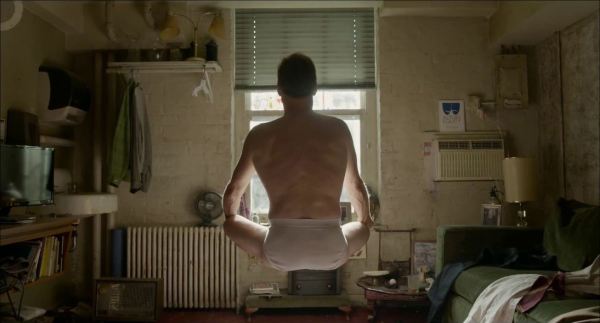 “Birdman” is now playing at Sundance Cinemas. R, 1:59, three and a half stars out of four.

What is “Birdman”? A Hollywood in-joke, an existential drama, a backstage face, a magical realist drama, and a work of technical virtuosity so dazzling that it can only mean to to dazzle. This is a nutty, chewy, wildly ambitious film that leaps tall buildings in a single take.

It is also just about the last thing I’d expect director and co-writer Alejandro Gonzalez Inarritu (“Babel”) or star Michael Keaton to make, and certainly to make together. Yet there’s something about Keaton’s live-action Bugs Bunny technique and Inarritu’s expansive, emotional filmmaking that clicks here in a very weird and wonderful way.

Keaton plays Riggan Thomson, a washed-up movie star popular for making a series of blockbuster superhero films as “Birdman” in the late ’80s and ’90s. (Sound familiar?) Thomson is trying to restart his career by writing, directing and starring in a Broadway adaptation of Raymond Carver’s “What We Talk About When We Talk About Love.” It’s two days before the premiere, and the production is beset by problems, from Riggan’s arrogant live-wire co-star (Edward Norton doing a hilarious Edward Norton impression) to the New York Times theater critic (Lindsay Duncan) who has pre-emptively decided, “I will kill your play.”

On the personal front, Riggan is trying to keep an eye on his daughter (Emma Stone) fresh out of rehab, deal with his possibly pregnant girlfriend (Andrea Riseborough) and ex-wife (Amy Ryan). He’s also bedeviled by a nagging voice in his head, the voice of himself as Birdman, telling him he’s going to fail. Oh, and also, somewhere along the way, Riggan has developed telekinetic powers.

Is that enough for a movie? How about if I also tell you that Innaritu and cinematographer Emmanuel Lubetki (“Gravity“) have shot “Birdman” as if it was a single, two-hour take? It isn’t actually — if you’re looking, you can see the spots where the scenes end, but why are you looking? — but the technique gives the film a propulsive, disorienting momentum that never stops. 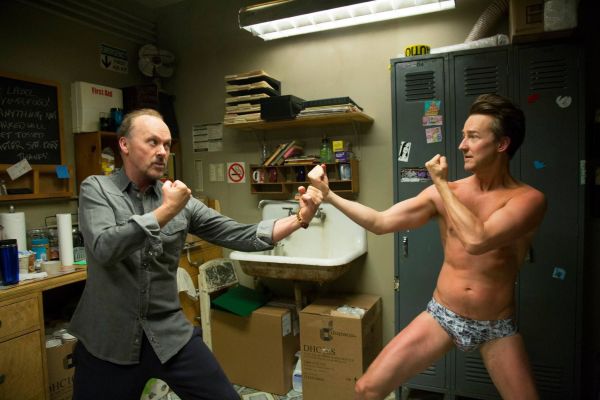 Every performance is jacked up just a little, faster than normal, realer than real — Lubetzki even lights the actors so we can see every line and pore on their faces, hyper-real — but the heightened acting still feels real, achingly so at times. Keaton, in a fearless comeback role, is fantastic, whether he’s literally floating on celebrity like a cushion of air around Manhattan, or sorrowfully remembering his daughter’s birth. There are few film actors who just seem to enjoy “playing” on camera the way he does — Norton is another one, and to see them together, tussling on the ground or spitting lines rapid-fire at each other, is pure pleasure.