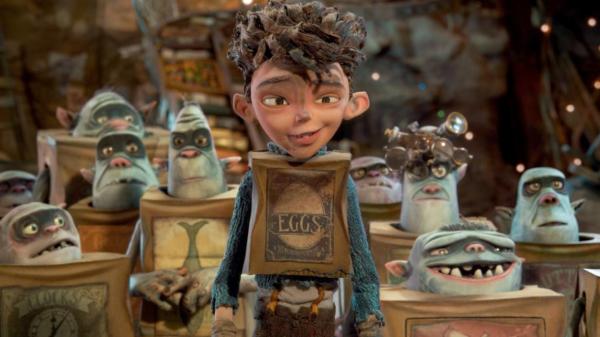 1. Pick of the week: “The Boxtrolls” (all week, Point, Eastgate, Star Cinema) — I’m willing to give anything made by Portland-based Laika a pass just because it looks like it takes forever. The animation studio uses stop-motion animation in the tradition of Aardman Studios, giving each frame a loving, handmade feel. Luckily, the movies have been good, too — “Coraline” is a modern classic, and I really liked “ParaNorman” too. “Boxtrolls” is a similarly dark and delightful tale, about bizarre creatures who raise a human boy as their own.

2. “Stray Dog” (Sunday, 7 p.m., UW-Cinematheque, 4070 Vilas Hall) — My interview with Debra Granik is here. Granik, who made the harrowing drama “Winter’s Bone” with Jennifer Lawrence in 2010, returns with her first documentary. She first hired Ronnie “Stray Dog” Hall for a small part in “Bone” as an intimidating drug dealer, but found the man behind the formidable biker exterior to be a thoughtful and troubled man. This excellent documentary follows Hall as he wrestles with his demons, and allows new relationships in his life in the form of two teenage stepsons. Both Granik and Hall will be at the screening to talk about the film. FREE!

4. “The Skeleton Twins” (all week, Sundance) — I’m really looking forward to seeing this film, with “SNL” vets Kristen Wiig and Bill Hader in more dramatic roles as estranged siblings who discover they both survived suicide attempts on the same day. Hader in particular is supposed to be really good as a frustrated gay actor.

5. “We Are The Best!” (Wednesday, 7 p.m., Madison Museum of Contemporary Art) — I’m also very excited to see Lukas Moodyson’s film about three misfit girls in 1980s Stockholm who form a punk band. FREE to members, $7 to all others.