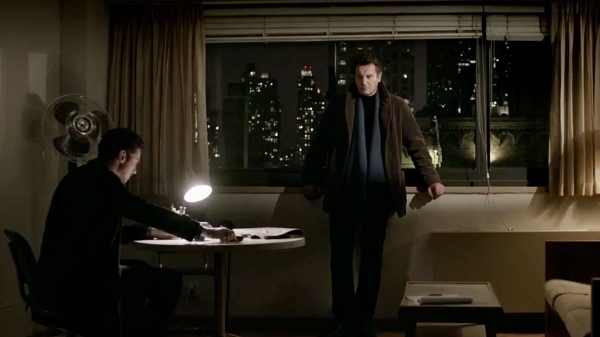 Pick of the week: “A Walk Among The Tombstones” (all week, Point, Eastgate, Star Cinema) — I’ve been a fan of Lawrence Block’s novels since I was a teenager, especially the Matthew Scudder novels, about an unlicensed, alcoholic private investigator with a lot of baggage and a tarnished moral code. Hollywood didn’t do very well by Scudder the last time (“Eight Million Ways to Die”), but this one looks like it’s nailed it. Neeson looks every bit the part, and writer-director Scott Frank was responsible for writing two of the best Elmore Leonard adaptations, “Get Shorty” and “Out of Sight.” I’ve got high hopes.

“The Last Unicorn” (6:45 p.m. and 9:15 p.m. Friday, Point) — One of the most beloved fantasy novels of all time was Peter S. Beagle’s 1968 novel about a unicorn searching for the rest of her kind. It was made into a 1982 movie (that Beagle was reportedly shut out of the profits for), and now, Beagle has bought the rights back and is taking the movie on tour, including a stop in Madison Friday. It’s a rare chance to both meet a literary legend in person and see his film in a new restored version.

“Love is Srange” (all week, Sundance) — John Lithgow and Alfred Molina play a longtime gay couple who finally get the chance to wed. But their marriage causes one of them to be fired, which sends their lives into a tailspin in the unforgiving New York real estate market. Ira Sachs’ heartbreaking drama shows how delicate even the most accomplished life can really be.

“Walking the Camino” (all week, Sundance) — My review is here, and interview with filmmaker Lydia Smith is here. If you saw “The Way” with Martin Sheen, you know about the Camino el Santiago, a 500-mile path that pilgrims walk in the north of Spain. Smith’s documentary looks at six real-life pilgrims who make the journey for various reasons — some to find purpose in their lives, others for exercise. The scenery is gorgeous, but the film is really about the “internal Camino” that each person takes. Smith will be present to talk about the film at the 6:55 p.m. Saturday and 1:50 p.m., 4:20 p.m, and 6:55 p.m. screenings on Sunday.

“Dead Ringers” (7 p.m. Thursday, Chazen Museum of Art) — In conjunction with a new exhibition called “The Human Condition,” the Chazen and the UW-Cinematheque are collaborating to show three films by the unmistakable David Cronenberg. The series starts with his 1988 creepfest about twin gynecologists with an unhealthy obsession for patient Genevieve Bujold. FREE!