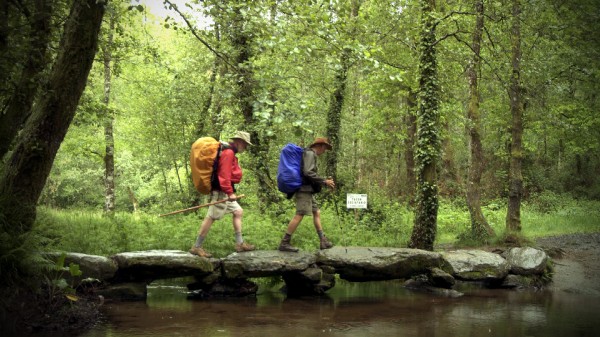 “Walking the Camino” is, as the title suggests, a film about walking. No running, no driving, no thrills of any time. About the only drama that comes along is a painful blister on the bottom of a foot.

Yet Lydia B. Smith’s documentary is quietly captivating, following six people on a 500-mile walk across the north of Spain. The scenery is beautiful, with a breathtaking vista over every hill. But Smith (who has made the walk) herself knows that the real draw of her film isn’t the walk, but the walkers. Why they’ve decided to make this journey, whether they’ll make it, and what it will mean when they get where they’re going are questions that pull us along, every step of the way.

The six are part of an estimated 270,000 pilgrims walking the Camino de Santiago, a 500-mile trek to Cathedral of Santiago de Compostela, where the bones of St. James are reportedly buried. It’s a well-worn path — pilgrims have been making it since the Middle Ages.

But over the years, the trek has turned from a Christian journey to a spiritual one, with those of all faiths walking the path for all sorts of reasons — physical challenge, spiritual yearning, emotional release. Walkers speak as much of the “internal Camino” they take as the external one. As one priest puts it along the way, “Many start the Camino as tourists, but end as pilgrims.” 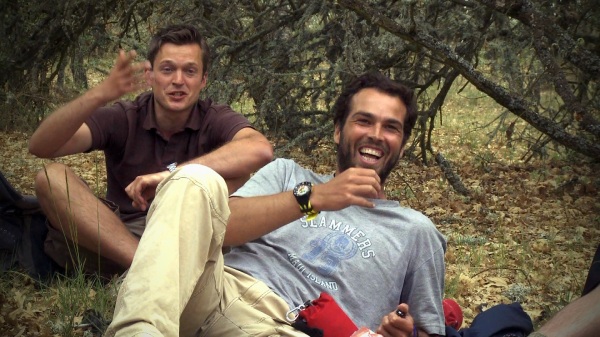 Smith’s six pilgrims are a diverse lot. Annie is a plucky middle-aged woman who wonders if she can let go of her competitive go-go nature on the road. Wayne is an elderly Canadian walking with his pastor (who’s even older) to honor the memory of his late wife. Sam is a rootless Brazilian woman who has basically walked out of her life to do the Camino. Tatiana is a French single mother who is taking the walk with her three-year-old son. (This is crazy.)

Viewing the film feels much like walking the path; you spend a little time walking with one character, hearing their thoughts, then the film falls silent and contemplative. Then you might fall back and hear from someone else, only to reconnect down the road. There’s not a lot of suspense — we feel pretty sure all six will make it to the end, and even if they didn’t, that doesn’t matter so much if they’ve gotten what they need out of the journey. They’re walking to meet their own expectations, not anybody else’s, and that includes the audience’s.

Many Americans first heard about the Camino through the 2011 drama “The Way” starring Martin Sheen. The film’s success reportedly increased the number of pilgrims making the journey each year since. With its gentle rhythm and generous spirit, “Walking the Camino” will likely increase foot traffic as well.