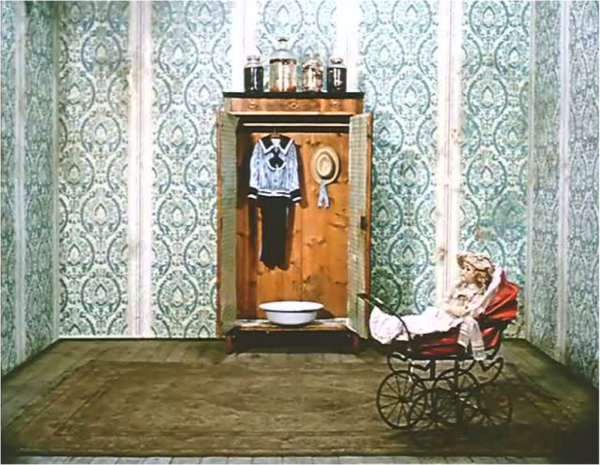 One of the many pleasures of summer is the chance to see movies outdoors. Here in Madison we’ve got an array of choices; we can grab a beer on the Terrace on a Monday night and see a crowd-pleaser like “Ghostbusters” or “Jursasic Park” as part of the Lakeside Cinema series.  Or we can head out to a local park with the kids to see one of Madison Parks’ Moonlight Movies, such as “Jaws” playing this Friday night at Olbrich Park. Or, of course, you can always road-trip it out to one of the drive-in theaters still going strong in our area, including the Sky-Vu in Monroe and the Highway 18 in Jefferson.

But Madison being Madison, we also offer some surprising options for al fresco cinema. For nine years now, the Madison Museum of Contemporary Art has been opening up its rooftop terrace on Friday nights in June for Rooftop Cinema. The series features short experimental film, but with an eye for movies that are as fun as they are adventurous, be they music-themed films, animation, or, a couple of years ago, a screening of “Girl Walk // All Day” that turned into a big rooftop dance party.

This year’s slate, which kicks off next Friday, June 6, is no exception. Curator Tom Yoshikami announced that this year’s series will be all animation, beginning with short films by Czech animator Jan Svankmajer, a big influence on the work of Terry Gilliam and Tim Burton who has made stop-motion puppetry feature films of “Alice in Wonderland” and “Faust.”

On June 13, the series will feature the animated films of Canadian animator Caroline Leaf, including her short-film version of Kafka’s “Metamorphosis.” June 20 brings another storied Czech animator, Bretislav Pojar, who mixes puppetry with hand-drawn animation. And finally, June 27 features the work of Lillian Schwartz, who was making animation using computers way back in the 1970s.

Rooftop Cinema will return for one more night on Aug. 22 with a series of additional films featuring all four animators. The screenings are free for museum members at $7 for all others, and patrons are encouraged to bring blankets to sit on, although some chairs are available.