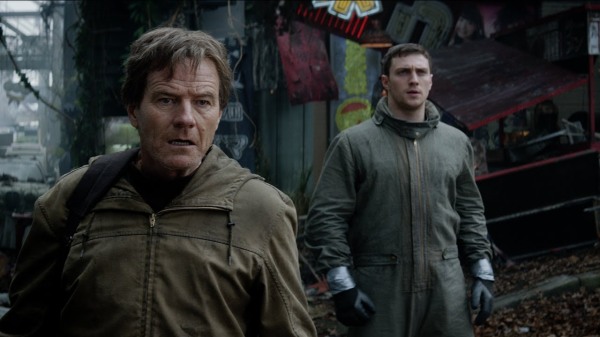 “Godzilla” (Point, Eastgate, Star Cinema, Sundance) — After the 1998 Roland Emmerich debacle, it’s understandable to have cringed at the thought of Hollywood taking another crack at everybody’s favorite radioactive lizard. But early reviews suggest this latest incarnation comes the closest to the somber chills of the allegorical 1950 Japanese original. (Love the idea that the A-bomb tests in the Pacific didn’t create Godz, but were part of an attack to try and stop him.) Gareth Edwards of the cult hit “Monsters’ directs.

“God’s Pocket” (Sundance) — My full review is here. Two “God’ movies open this weekend and neither of them star Kevin Sorbo? In truth, God is nowhere to be found in God’s Pocket, a gritty blue-collar neighborhood in South Philly populated entirely by character actors. John Turturro, Richard Jenkins and the late Phliip Seymour Hoffman star in this grimy black comedy, which should be all you need to know to get you in the door.

“Fed Up” (Point) — Might want to hold off on the large popcorn and soda combo before watching this documentary produced by Laurie David and Katie Couric on just what’s in our food (lots of sodium and sugar, as it turns out). Turns out the solution to America’s obesity epidemic may be simpler than you think.

“Punk Singer” (Genna’s, 9 p.m. Tuesday) — Sini Anderson’s documentary looks at the life of Kathleen Hanna of Bikini Kill and Le Tigre, spanning her riot grrrl early years to her current life and battle with Lyme disease. It’s just the kind of offbeat documentary you might expect to find at Madison’s Four Star Video Heaven — and, surprise! This screening is a fundraiser to raise money for a group of FSVH employees to buy the store, now that the owner has decided to leave the biz.

“Spartacus” (Sundance, 1:15 p.m. and 7:05 p.m. Wednesday) — Sundance Cinemas’ Classic Series has gone heavy on the swords and sandals lately, with screenings of “Ben Hur” and “Gladiator,” so it’s no surprise that they’re showing Stanley Kubrick’s epic, starring Kirk Douglas as the slave who leads a revolution against the Romans. It’ll be a blast to see on the big screen.