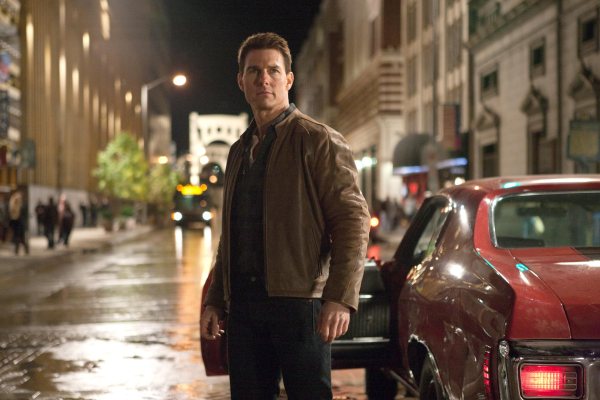 Netflix giveth, and Netflix taketh away. Last week, a lot of folks were worried that Netflix was letting its licensing agreement expire on almost 100 movies and TV series. But with the new year, Netflix Instant has added a bunch of new titles, including some bonafide classics. Lots to choose from as we get through this cold spell.

Pick of the week: “Jack Reacher”: What fan of Lee Child’s thriller novel series wasn’t worried at the thought of Tom Cruise taking on the role of Reacher, a hulking, justice-dispensing ex-military cop turned drifter? But with writer-director Christopher McQuarrie, Cruise made a genuinely strong adaptation of Child’s “One Shot.” It’s a satisfying throwback to old-school action movies, with a twisty plot, gritty car chases and street fights, and good performances. And while Cruise may not look the part, he gets the essence of Reacher, the smartest and toughest guy in the room, and a little amused that the other guys in the room haven’t figured that out yet.

Comedy of the week: “Drinking Buddies”: My full review is here. Indie filmmaker Joe Swanberg gets a bigger budget and a more recognizable cast, and the result is a thoroughly enjoyable riff on the romance and friendship, as two friends working at a Chicago craft brewery (Olivia Wilde and Jake Johnson) flirt with becoming more while dealing with their significant others. Heavy on improvised dialogue that talks around what the characters mean to say, but that makes “Buddies” feel more real and at times more poignant.

Romance of the week: “Amelie”: A decade later, I think I’m still giving Audrey Tautou the benefit of the doubt in a movie because of her sparkling turn in “Amelie,” the fanciful French film where Amelie’s romantic, hopeful spirit seems to invade the very cobblestones and streetlamps of her city.

Action film of the week: “Big Trouble in Little China”: Well, you know what Jack Burton always says. When you get a chance to stream John Carpenter’s insanely fun homage to classic kung fu fantasy movies on Netflix, you take it.

Drama of the week: “The Talented Mr. Ripley”: Matt Damon played beautifully against his boyish image as Patricia Highsmith’s duplicitous antihero, a young American in Italy who isn’t ready to give up the good life when his wealthy new friend (Jude Law) grows bored of him. As the lies mount and Ripley takes more and more extreme measures, you’re never sure if you want him to get caught or not.