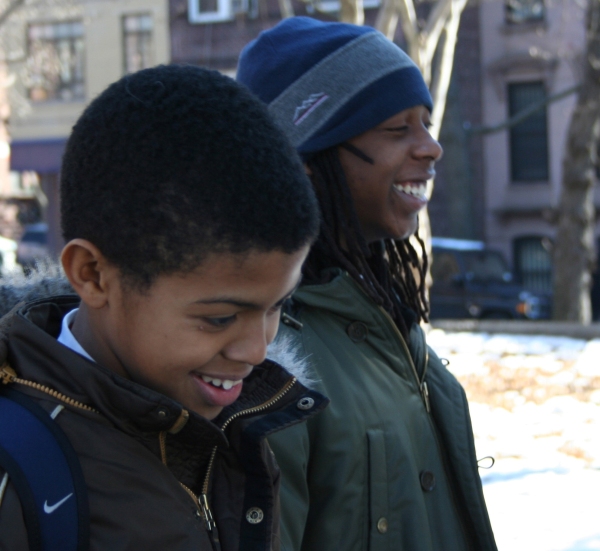 By the standards of the UW-Cinematheque series or the Marquee Theater season, the Spotlight Cinema series at the Madison Museum of Contemporary Art is rather modest. Five films on five Thursday nights in the fall. Yet the series is always well curated, bringing five movies that have never played in Madison before (and likely never would theatrically) to the big screen. Past years have included such major independent films as “Holy Motors” and “We Need to Talk About Kevin.”

The 2013 series kicks off this Thursday, Oct. 10, at 7 p.m. with “American Promise,” a fascinating documentary that sounds like a mash-up of “Hoop Dreams” and the “Up” series of documentaries. The filmmakers looked at two friends in kindergarten, (one of them their son) and tracked them over the next 12 years, as one went to private school and one to public school.

Here’s the rest of the schedule. All the screenings are free for museum members, $7 for everyone else, and take place in the museum’s screening room at 227 State St. Visit mmoca.org for more information.

Thursday, Oct. 17 — “Our Children” — In this French film, a woman (Emile Dequenne of “Rosette”) moves in with her Moroccan-born husband and his family, only to find herself under the thumb of his father.

Thursday, Oct. 24 — “”Museum Hours” — A Canadian woman visits an art museum in Vienna and, among the Rembrandts and other landmark works, forges a relationship with a museum guard.

Thursday, Nov. 7 — “Let the Fire Burn” — This gripping documentary looks at a 1985 clash between Philadelphia police and the members of a radical black movement that turned tragic.

Thursday, Nov. 14 — “Bastards” — In the new film from Claire Denis (“White Material”), a family finds itself under the sway of a ruthless businessman.