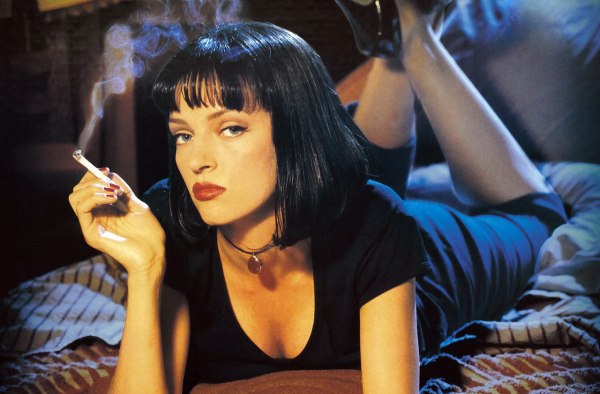 Summer’s winding down, folks. And with it goes the fluffy summer classic movies that Sundance Cinemas in Madison had been programming, like “Ghostbusters” and “Dirty Dancing” (which plays Wednesday (today) at 1:20 p.m. and 6:45 p.m.

When the series returns for another run on Wednesday, Aug. 28, things are going to get more serious. They’re going to get medieval, even, starting with Quentin Tarantino’s 1994 classic “Pulp Fiction.” I still viscerally remember seeing it opening night in Springfield, Illinois with some grad-student friends, crammed down into the front row, left side, because the theater was so packed, and feeling almost electrified by what I was seeing.

All of which is to say that, even if you’ve seen “Pulp Fiction” a dozen times since, it’s a movie that demands a big-screen experience with a crowd, which is why the Sundance Classics series is so valuable. And Madison audiences have definitely responded, selling out several screenings (such as “Raiders of the Lost Ark” in May) while, in other cities, the classics series has been discontinued for lack of interest.

Here’s the full schedule for the next Sundance Classics series:

Aug. 28 — “Pulp Fiction” — I loved “Django Unchained,” but this is still Tarantino at the height of his powers, a time-jumping, blood-pumping crime epic in which he seems also desperate to make every moment entertaining.

Sept. 4 — “The French Connection” — Everybody remembers the car chase, of course, but William Friedkin’s 1971 thriller is full of great scenes, from the cat-and-mouse game on the subway to Gene Hackman’s take-no-guff Popeye Doyle, a cop who skates uneasily close to the line between right and wrong.

Sept. 11 — “Some Like it Hot” — Okay, Billy Wilder’s comedy, about musicians Tony Curtis and Jack Lemmon hiding out from the mob in an all-girl band, doesn’t fit with the “serious” theme of this post. Nobody’s perfect.

Sept. 18 — “To Kill a Mockingbird” — Harper Lee’s autobiographical novel became both a riveting courtroom drama and a resonant portrait about good versus evil in a Southern town, as seen through the eyes of the indefatigable Scout.

Sept. 25 — “Fight Club” — First rule of “Fight Club” is that you tell everyone to go see David Fincher’s bloody satire of masculinity in the age of corporate America.

Oct. 2 — “Vertigo” — You can’t do a classic series without a little Hitchcock, and his twisty, twisted tale of obsession and guilt in San Francisco turns the private eye drama into something much darker.