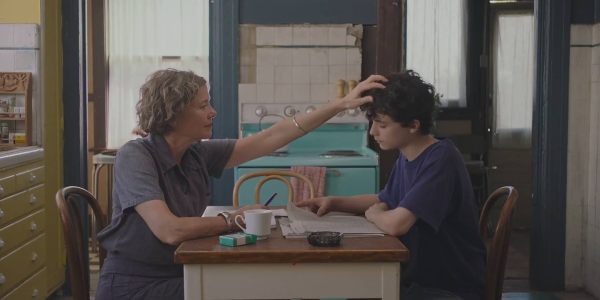 “20th Century Women” (Amazon Prime) — My full review is here. Mike Mills’ film is semi-autobiographical, but his ’70s teenage stand-in really fades into the background as his film looks at several strong, influential women in his orbit, including Annette Bening as his prickly, baffled mother and Greta Gerwig as one of her older, worldly tenants. Not for nothing, the film also serves as a potent reminder of the impact that Planned Parenthood has had on countless’ women’s lives over the decades.

END_OF_DOCUMENT_TOKEN_TO_BE_REPLACED

Why isn’t Paul Thomas Anderson’s “Punch-Drunk Love” his cult classic? His 2002 curveball take on the romantic comedy seems like a perfect candidate for midnight-movie showings, Twitter bio quotations, and Threadless T-shirt designs. I’m surprised we don’t see more millennials getting married with the groom in a royal blue suit.