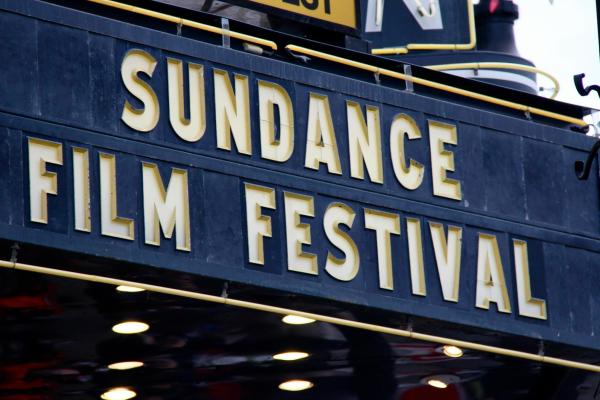 I’ve got some pretty exciting news this week — I’m going to Park City, Utah to cover the Sundance Film Festival!

I got confirmation just before Christmas that I had been approved for general press credentials, so I’ll be sloshing around in the snow at Park City covering movies for the Madison Movie blog (and may be writing some articles as well for the Cap Times — TBD). I had a great time covering Sundance for the Cap Times from 2010-2012, and since I missed last year, I’m very excited to go back.

I have my eye on a few movies I’d like to see while I’m there, but let’s face it, it’s largely a crapshoot what I get into. Sundance has both public screenings and special press/industry screenings, but both are mobbed on the festival’s opening weekend, which means picking the right line and getting in it early. (My low point at Sundance was one year where I spent Saturday going all over the city, getting into line after line only to never quite make it in the door, and the first movie I actually saw that day didn’t started until 9:30 p.m.)

But that’s part of the fun of it, I keep telling myself, and at least some of the lines are indoors or in heated tents. And you do really get in some great conversations with other moviegoers in those lines — I’m always amazed how many folks from Wisconsin I come across while in line or on the many shuttle buses that criss-cross Park City.

So anyway, here are some of the movies I’d certainly like to see while I’m there. If you’ve heard about any others that should be on my radar, let me know in comments. We’ll see what I actually get to see!

“Kumiko, the Treasure Hunter” — The premise of this film is irresistible to me. A lonely Japanese woman (Rinko Kikuchi) travels to Minnesota to try and find the money that Steve Buscemi hid at the end of “Fargo.” I’m sure that ice scraper’s still there, right?

“A Most Wanted Man” — One of the big prestige films at Sundance this year is Anton Corbijn’s (“The American”) adaptation of the John le Carre novel, starring Rachel McAdams and Philip Seymour Hoffman. Let’s be blunt — I don’t have a shot in hell of getting into this one.

“The Ivory Tower” — Of special note to Madison residents is this documentary from the “Page One: Inside the New York Times” about the high cost of higher education.

“The Trip to Italy” — I loved “The Trip,” the riotous comedy starring Steve Coogan and Rob Brydon as themselves touring restaurants in Cornwall, so I can’t wait to see the follow-up.

“Appropriate Behavior” — I’ve been hearing a lot of good things about this comedy about an Iranian-American teenage girl dealing with pressures at both home and among her New York City friends.

“Land Ho!” — I loved actor Paul Eenhoorn in “This is Martin Bonner” at the Wisconsin Film Festival, so I’m very interested in this next film, a comedy where he travels to Iceland.

“God Help the Girl” — Stuart Murdoch of Belle & Sebastian wrote and directed this musical, which likely means Belle & Sebastian will be playing a secret show while in Park City, and I will probably not be able to get into that either.

“To be Takei” — Yes, I’m a “Star Trek” buff, but I think George Takei’s journey in the last 40 years has been fascinating even if you’re not a Trekkie.