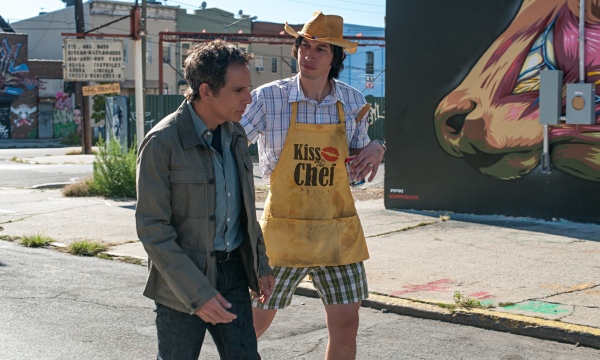 “While We’re Young” opens Friday at Sundance Cinemas. R, 1:34, three and a half stars out of four.

If youth is wasted on the young, middle age is definitely wasted on the middle-aged. Think about it. You have the experience and wisdom to know what truly matters, and the resources to go after it. And yet you waste all this time either mooning over your vanished youth or living in fear of the old age to come. Or waste time hunting around for the cardboard sleeve to your “Yankee Hotel Foxtrot” CD.

END_OF_DOCUMENT_TOKEN_TO_BE_REPLACED

In an alternate, more dispiriting universe than this one, Naomi Watts is up for an Academy Award this year for her portrayal of Princess Diana in “Diana.” (I think it’s that universe where Spock has a goatee.) It should have been this year’s “The Iron Lady” or “My Week With Marilyn,” a not-very-good hunk of Oscarbait built around an act of historical impersonation.

Instead, “Diana” never played in Madison theaters (despite trailers showing at Sundance for months), and slunk onto DVD last week. What went wrong?

END_OF_DOCUMENT_TOKEN_TO_BE_REPLACED

There’s no question that “Adore” would be unbearably skeevy if the gender roles were reversed, and it was about two older men having affairs with each others’ college-age daughters. But Anne Fontaine’s drama is about two middle-aged women (Naomi Watts and Robin Wright) playing sexual criss-cross with each other’s hunky sons is still plenty icky.

And the problem is that “Adore,” based on a novella by the late Doris Lessing, is all about the premise, giving the charactes little room to maneuver outside its weird sexual arrangement. Worse, Fontaine and screenwriter Christopher Hampton dig into what this relationship actually is — is it morally twisted and a prelude to disaster, or a legitimate alternatve arrangement? For a film with dicey subject matter and somewhat explicit sex scenes, “Adore” is awfully polite when it comes to the emotions, substituting deadly seriousness for actual insight.

Roz (Wright) and Lil (Watts) are lifelong friends who live in an idyllic community on the coast of Australia, their families growing up side by side. When Lil’s husband dies, and Roz’s (Ben Mendelsohn) accepts a job at a Sydney university that will keep him away for most of the year, the women get bored. One night, without preamble, Lil’s son Ian (Xavier Samuel) makes a movie on Roz, and she barely puts up a fight. Roz’s son Tom (James Frecheville) witnesses this, and immediately goes over to bed Lil. And so it begins. “What have we done?” Roz asks the next morning. “Crossed a line,” Lil responds. Ya think?

Under the sun-dappled beauty of the Australian coast (brought to life in gorgeous 35mm Cinemascope), the foursome hang out, although the balance isn’t perfect. Ian is consumed with puppy love for Roz, while Lil and Ian’s relationship seems to be based on a more immediate sexual connection. Eventually, the boys’ romantic attentions start to wander, and they move on with their lives. But the attraction lingers.

Watts and Wright are terrific actresses, and they work hard to imbue their characters with a mix of carnal lust and maternal guilt. But when the script doesn’t know how to explain their behavior, it leaves the actresses at sea as well. The presence of an unsuitable older suitor seems to suggest that Lil has few romantic options left in her life, but please. The idea that these women are past their prime and unable to find loving partners whose diapers they haven’t changed at one point is ludicrous, and borderline offensive to women over 40 in general.

It doesn’t help that Samuel and Frecheville (who was really good in “Animal Kingdom”) are such handsome blanks, giving Watts and Wright nothing to play off of except their tanned, toned bodies. Which might be enough for a tawdry beach novel, but enough for a drama starring two of our finest actresses.