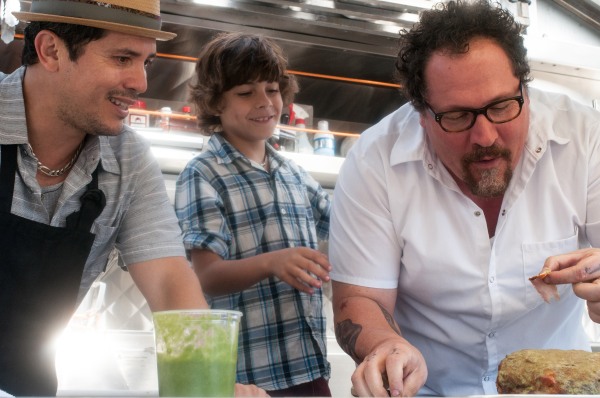 Pick of the week: “Chef“ — My full review is here. While some elements of Jon Favreau’s indie hit strain credulity (I can’t imagine Scarlett Johansson really getting that worked up over someone making spaghetti), this is an amiable film about pursuing what you love, and a celebration of American cuisine. And it will teach you how to make a great grilled-cheese sandwich.

END_OF_DOCUMENT_TOKEN_TO_BE_REPLACED 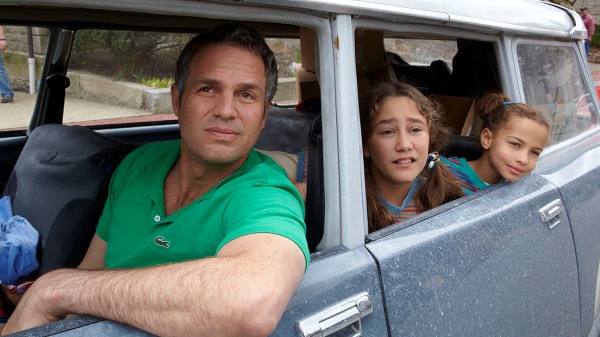 I’m guessing the ads for “Infinitely Polar Bear” won’t say “From the writer of ‘Diary of a Wimpy Kid 3: Dog Days’!” But Maya Forbes did write that film, along with “Monsters vs. Aliens” and a bunch of other Hollywood films that one wouldn’t exactly call personal.

But Forbes dug deep into her family history for her debut as a writer-director, and “Polar Bear” is a beautiful story, warm and generous of spirit. Family dramas often ask the audience to pick sides, or conjure up a villain. Here’s a story about a family who loves each other just . . . coping . . . with some difficult circumstances, and it’s wonderful filmmaking.

END_OF_DOCUMENT_TOKEN_TO_BE_REPLACED 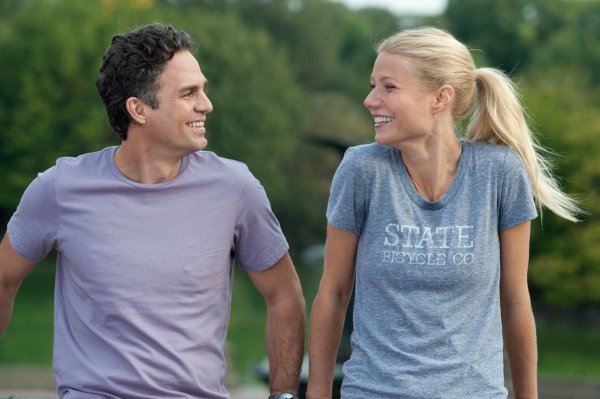 “Thanks for Sharing” opens Friday at Sundance Cinemas. R, 1:52, three stars out of four.

“is that even a thing?” one character in “Thanks for Sharing” asks about sex addiction. “I thought that was just something guys said when they got caught cheating.”

While the ads are selling “Sharing as a fizzy Nancy Meyers-esque romantic comedy, in truth it’s about two-thirds drama and one-third comedy. Blomberg (who co-wrote the superior “The Kids Are All Right”) balances the light and dark well, and if the film goes into the familiar places we expect from addiction dramas, it does so with realism and empathy.

Adam (Mark Ruffalo) is a successful Manhattan environmental consultant who is five years “sober” with sex addiction. Yep, it’s the same 12-step program as any other, with meetings, sobriety medallions, bad coffee. He takes pragmatic steps to avoid temptation — he doesn’t have a TV, his laptop is locked in Ultra SafeSearch mode, and he stays off the subway, where close quarters can lead to unwelcome contact.

Adam meets Phoebe (Gwyneth Paltrow) at a gourmet bug-eating party (hey, no carbs!) and is smitten with her. She’s a cancer survivor and marathoner, and Adam is reluctant to tell her about his sordid past. But it comes out, of course, and the couple have to wrestle with trust issues.

Meanwhile, Adam’s sponsor is Big Mike (Tiim Robbins), a gregarious small-business owner who has both sex and alcohol addiction in his past. His sins were revisited on his son (Patrick Fugit), a former drug addict trying to stay clean. They’ve also got trust issues to work out. 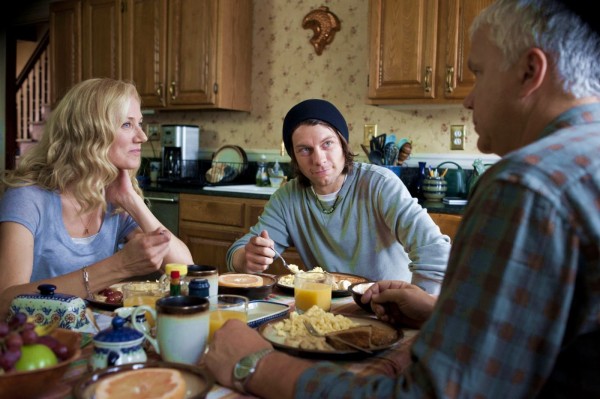 Thirdly, and most comedically, is Adam’s sponsee, Neil (Josh Gad), who is a straight-up pervert, rubbing up against women on the subway and taking upskirt photos of his co-workers. Forced into the program by the courts, he’s reluctant to go along, but starts wising up by helping a female sex addict (the singer Pink), a novelty in the meetings.

Like most addiction dramas, this a film about addicts trying to go straight, and the sober trying not to stray off the path. But the performances are uniformly appealing, especially Ruffalo’s low-key charm and earnestness in the lead role, and Robbins as Mike, who wants to be sort of a Super Sponsor to others so he doesn’t have to make his own amends.

The characters are connected through empathy, one helping another and then turning around and being helped in return. For a topic that could be so potentially sensational, and characters whose behavior is sometimes appalling, “Thanks for Sharing” is surprisingly affirming.