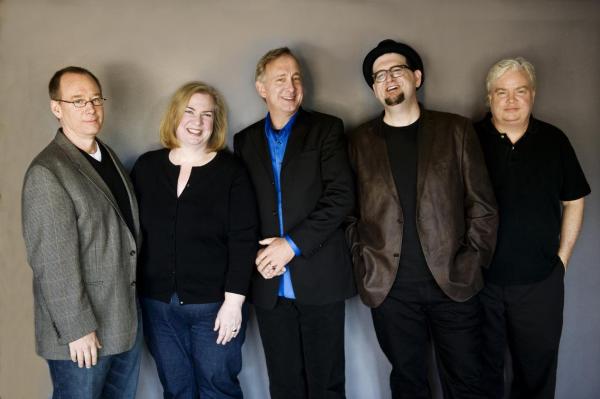 Did anybody ever deliberately start watching “Mystery Science Theater 3000” on purpose? It feels like every fan I run across (myself included) has an origin story with the cult ’90s TV series that sounds like this: “There was this show on, and I didn’t know what was going on! But it was just so funny, and I just kept watching more and more and more . . .”

That was from the woman sitting next to me at the Pabst Theatre in Milwaukee for “Cinematic Titanic,” which features five of the creators/performers of the series, including the trio that begun it back in its Minneapolis public-access days — Joel Hodgson, Trace Beaulieu, and J. Elvis Weinstein, along with Frank Conniff and Mary Jo Pehl. (The trio who ended the series on Syfy in 1999 — Mike Nelson, Kevin Murphy and Bill Corbett — went on to start the equally worthy Rifftrax.)

Rifftrax has focused on doing new commentaries for famous and recent films that can be synced up to your DVD, as well as live nationwide broadcasts. Cinematic Titanic has kept its focus on old movies, mixing DVD releases with live shows like the Pabst Theatre two-night stand.