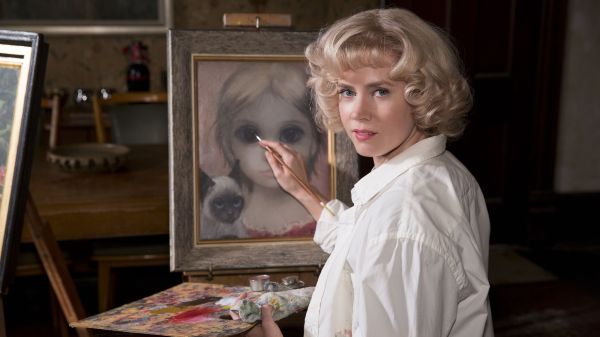 “Big Eyes” (Netflix) — Tim Burton took a break from making Tim Burton Movies last year with the refreshing drama “Big Eyes,” the biopic of ’60s kitsch artist Walter Keane (Christoph Waltz) and his wife, Margaret (Amy Adams), who really did all the paintings while her abusive husband took all the credit. Likely that Burton was initially attracted to the ironic appeal of the saucer-eyed Keane portraits, but he, perhaps by accident, ended up making an affecting film about an ignored and overlooked woman who finally finds her strength.

“Prince of Cups” (Amazon Prime) — Terrence Malick inched closer to the line between transcendent and self-indulgent with his latest, in which a spiritually dead screenwriter (Christian Bale) finds his mojo with the help of a series of beautiful women, including Cate Blanchett as his ex-wife. But there are still rapturous passages to be found here in what may be Malick’s most overtly faith-based film to date.

“Kung Fu Panda 3” (Netflix) — I though “2” was a letdown after the kinetic joy of the original “Panda” (which I do think, pandas and snakes notwithstanding, is one of the best martial arts movies of the last decade) but the third movie gets a lot of that charm back. Bryan Cranston and J.K. Simmons do terrific voice work as Po’s long-lost father and current nemesis, respectively, and the film’s ode to Westerns where the hero rallies a peaceful townfolk to fight is fun and exciting.

“Jesus Camp” (Netflix) — My full review is here. While some wonder how evangelicals could line up so easily behind the less-than-pious Donald Trump in the current election, this disturbing and eye-opening doc shows how the religious right plays the long game in the form of a Christian camp that teaches its flock to become political warriors more than faithful servants.

“What About Bob?” (Netflix) — Let’s salute Bill Murray and his world champion Cubbies by streaming this very funny film, in which Murray plays an emotionally needy patient of a celebrity therapist (Richard Dreyfuss) and hounds him at his vacation home.