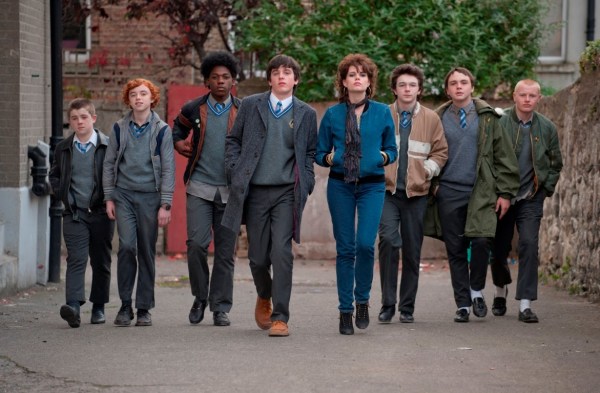 Pick of the Week: “Sing Street” — My full review is here. John Carney (“Once”) delivers a delightful ode to candy-coated ’80s pop in this tale of a shy teenage boy at a brutal Dublin public school who finds his voice with the help of some friends, a beguiling older girl, and a folder full of great song lyrics. If you don’t have “Drive It Like You Stole It” in your head for the next week, I worry for you.

“Paddington” — I was skeptical, but this live-action film charmingly brings the antics of Britain’s beloved marmalade-loving bear to life. The film contains some inspired comic sequences, lovely dry voiceover from Ben Whishaw as the titular bear, and a subtle but powerful message about how letting new people into your lives (or your country) is a blessing.

“The Childhood of a Leader” — My full review is here. Actor Brady Corbet makes a harrowing debut as a writer-director with this film, in which the young son of an American diplomat in France upsets the balance of his household with his stubborn, rebellious ways. As the parents crack down brutally on the boy’s insubordination, we see parallels with how the West’s crackdown on Germany at the end of World War I led to the rise of Nazism.

“Babies” — Yes, babies. This documentary looks at the first year in the life of four babies from around the world. Through these newborn eyes, the film does show us the different ways that children are reared in different cultures. But, mostly, it shows us cute babies.

“O Brother Where Art Thou?” — The Coen Brothers’ sepia-toned, high-energy farce mixes traditional American music with the tale of “The Odyssey” with hilarious and weird results. It’s new this month to Netflix along with “Burn After Reading,” the one Coen Brothers movie I absolutely loathe, and therefore probably need to see again.