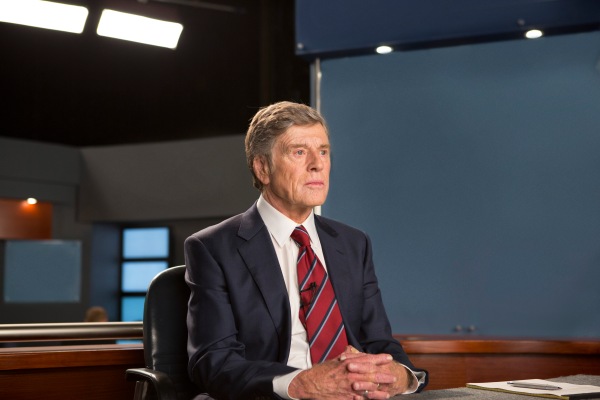 “Truth” opens Friday at Sundance and Marcus Palace Cinemas. R, 2:05, two and a half stars out of four.

James Vanderbilt is a screenwriter who revels in ambiguity. He wrote one of the best films of the ’00s, David Fincher’s “Zodiac,” in which the notorious San Francisco serial killer was maybe-not-quite revealed, but certainly not caught, at the end of the film.

There’s a similar uncertainty as to what’s really going on in the perhaps ironically titled “Truth,” Vanderbilt’s dramatization of the 2004 scandal at CBS over possibly forged documents suggesting that President George W. Bush had used family connections to get out of going to Vietnam. The evidence remains inconclusive either way as to their veracity, but longtime CBS anchor Dan Rather resigned, and his producer Mary Mapes was fired.

Unfortunately for “Truth,” that ambiguity extends into the story Vanderbilt (also directing for the first time) is trying to tell. Is this a tale of a hard-charging producer (Cate Blanchett as Mapes) who got a great story, only to see her work undone by a corporate-minded boss? Sort of. Or is the story of a reckless producer who skated past holes in the story in her rush to get the story first. Kinda. “Truth” tries to be both, but since it’s also based on Mapes’ book about the incident, ends up presenting her in a fairly positive light that other parts of the film don’t quite back up. The sourcing of this view is just as shaky as the sourcing on the story.

Blanchett is good as Mapes, although she’s played these notes before, the flinty, tough-as-nails career woman who cheerfully bulldozes anyone who stands in her way. She assembles a team, including Dennis Quaid as a former military investigator and Topher Grace as a shaky counterculture reporter. The great Elisabeth Moss is utterly wasted as another member of the team, who seems to exist only to ask dumb questions so the other characters can explain things to the audience.

The film is worth seeing, however, just to see Redford’s wonderful performance as Rather. He gets Rather’s clipped Texas cadence just right, smartly underplaying the accent, and showing us the canny integrity beneath his folksy demeanor. I bought him as Rather both on-camera and off, and the film is good at showing the warm relationship between Mapes and Rather, he serving almost as a surrogate father for her.

At first glance Mapes’ sourcing on the documents seems pretty strong, with a colonel (Alan Alda, only heard over the phone) and an ex-military man (Stacy Keach) confirming them. Mapes is positively giddy at the scoop, and when the story airs, two months before the election, Vanderbilt chooses to show it playing in silence on televisions across America as the beatific soundtrack swells. 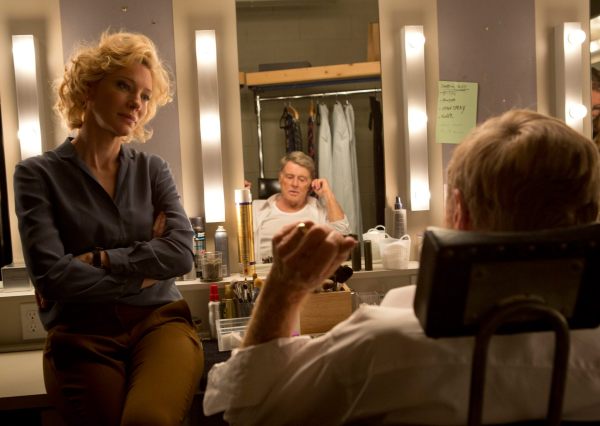 But the next day, conservative bloggers start picking apart the documents, noting that the spacing and font seem to match exactly what they would look like if they were typed up in Microsoft Word. Some small inconsistencies that Mapes dismissed throughout the reporting come back to bite her, as well as one big one — Keach’s character was lying about where he got the documents.

“Truth” effectively shows the mix of panic and anger in the CBS newsroom as Mapes and Rather try to defend their story, as CBS top brass (led by an icy Bruce Greenwood) try to sweep the whole mess under the rug. But it loses momentum when it tries to grapple with Big Issues, letting Mapes, Rather and Grace’s character all stop the film to give speeches on the importance of good journalism. But was this good journalism? This seems like very unsteady ground for a rah-rah journalism film to stand on.

The film even lets Grace’s character spin conspiracy theories about collusion between Viacom and the Bush administration. Which is weird, because “Truth” goes to lengths to avoid another theory about the documents — that they were forgeries cooked up by the Bush camp to defuse the issue of Bush’s military record in an election where Kerry’s Vietnam service was being Swift Boated. And that’s the probably with much of the film — it’s too reckless in places and too cautious in others.

It probably doesn’t help “Truth” that I saw it the night after I saw a screening of “Spotlight,” Tom McCarthy’s wonderful film about the Boston Globe reporters who painstakingly nailed down the story of Boston clergy covering up pedophile priests. That film celebrates old-school journalism by showing how it’s done right, even if real door-knocking and records-scouring reporting may be unsexy or uncinematic. Mapes and her team might want to take an internship with the Globe team.