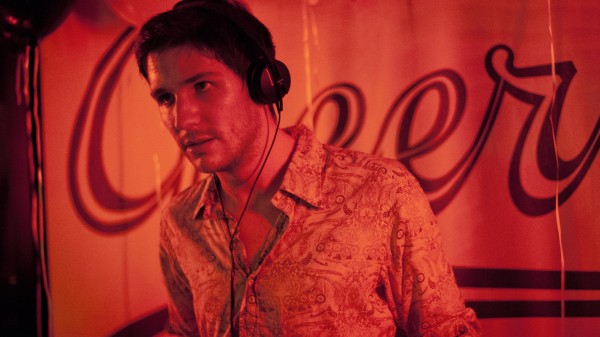 “Eden” has its Madison premiere at 7 p.m. Wednesday at the Madison Museum of Contemporary Art, 227 State St. The screening is free for museum members and $7 for non-members. R, 2:11, three stars out of four.

Instead, Mia Hansen-Love’s film finds a bittersweet middle path, following the gentle rise and fall of a moderately-successful French DJ. “Eden” was co-written by Hansen-Love’s brother Sven and based on his own life as a musician, and has the ring of authenticity in its portrayal of the practical side of creating killer beats.

We start in the mid-1990s, in silence and darkness at a club where Paul (Felix de Givry) is a Parisian teen arriving early for a small show. The club starts to slowly fill up, the lights start to pulse, and the soft electro beats begin to throb. The pull of the music (described drolly as “they make sounds all night with weird machines”) is irresistible, and Hansen-Love returns to the sound again and again, sequences of Paul moving through forests of light, sound and people. He’s a part of things, and separate.

But most of “Eden” takes place in the daylight, as Paul and his illustrator partner Cyril (Roman Kolinka) create their own electronic duo, Cheers, even borrowing the logo from the ’80s TV show. They opt for making  “garage” music, mixing electronic beats with soul vocals (sometimes with live vocalists), and, with the help of a taste-making radio host (Vince Macaigne), start to grow their fan base. 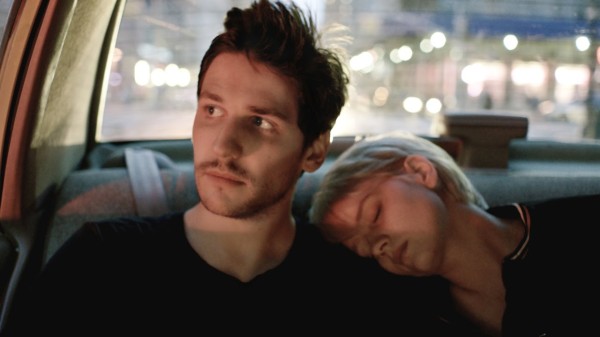 The rise of Cheers is anything but meteoric, as the years pass and Hansen-Love takes Paul from venue to venue, girlfriend to girlfriend, scene to scene without much in the way of forward momentum. His life seems to be an endless cross-fade between one track and the next, one song bleeding into the next without much thought as to where it’s all going. The high-water mark of his career seems to be a trip to America, where he plays for a big crowd in New York City. But it’s no moment of grand epiphany or victory; it’s just the next track in his life, cued up.

But the mix can’t go on forever; Paul experiences a personal tragedy, makes some unwise business decisions, and Cheers’ moment starts to wane, with Paul playing for smaller and smaller crowds. His old clubmates are now getting married, having kids, and he’s increasingly out of step with the all-night party culture that he helped create. Coming home drunk, a neighbor hisses “Kids today!” at him on the staircase. “I’m 34!” he responds weakly.

Hansen-Love has deliberately made Paul’s something of a cipher throughout the film, and de Givry (a non-actor) gives a performance that’s politely anonymous. But as a melancholy descends on the end of the film, we find ourselves feeling enormously for Paul, and the toll that chasing his dreams (and achieving them, at least for a while) has cost him. Suddenly, those electro beats, so modern when Paul started, have now become tinged with a wistful nostalgia.