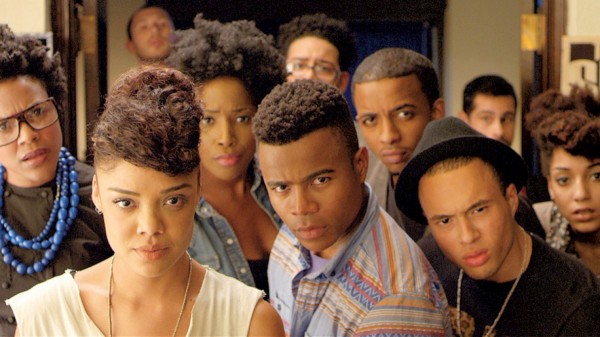 Pick of the week: “Dear White People“: My full review is here. Justin Simien’s bold, funny and complex comedy looks at several African-American students trying to navigate the identity minefield of a “post-racial” campus, including a biracial activist, a gay nerd, and a dean’s son who can calibrate just how “street” he needs to be in a given situation. It’s a little flabby in spots, but I found this a bracing film that that accuses, and then flips the mirror back on the accusers.

“The Weather Man“: More people need to see this terrific 2005 drama starring a surprisingly, marvelously understated Nicolas Cage as a Chicago meteorologist in a midlife crisis, trying to contain storms involving his young son and his famous father (Michael Caine).

“The Blair Witch Project“: M. Night Shyamalan is just finally getting around to found-footage horror with “The Visit,” but the 1999 indie hit that started it all is still a scrappy, effective chiller.

“The Captains“: Of course, only “Star Trek” fans will likely care for a documentary in which William Shatner interviews the other Trek captains, including Patrick Stewart and Chris Pine. But it’s fun, Shatner is smart to let the conversations spiral past “Star Trek,” and the exchange with a playful Avery Brooks is worth the entire enterprise.

“The Crucible“: Daniel Day-Lewis stars in this earnest 1996 adaptation of Arthur Miller’s McCarthyism parable about the Salem witch hunts.