The Sundance Screening Room calendar was originally going to wrap up this week with John Boorman’s “Queen & Country.” But the theater is extended its series of foreign, independent and documentary films into the summer with some great movies.

And I’ll be doing post-show chats on the first Tuesday of every month. The “Mr. Turner” talk earlier this month went really well, so thanks to everybody who comes out and sticks around afterward — it’s really fun for me to do. Coming up, we’ll chat after the screening of “Seymour: An Introduction” on Tuesday, April 7 and “Misery Loves Comedy” on Tuesday, May 3.

More information on that and other movies in the series below:

March 27 — “Song of the Sea” and “It Follows” — In what may be the best and worst double feature ever, Sundance is premiering two much-anticipated movies. “Song of the Sea” is the enchanting Irish animated follow-up to “Secret of Kells,” while “It Follows” is a huge indie horror hit about a group of teens stalked by an unseen force who chooses its victims in a very particular and unusual way.

April 3 — “Seymour: An Introduction” — Ethan Hawke directed this documentary about his friend Seymour Bernstein, a talented pianist who gave up his own dreams of performing to become a music teacher. I’ll be doing a post-show chat on Tuesday, April 7.

April 17 — “Gett: The Trials of Viviane Ansalem” — An Israeli woman files for divorce from her cruel husband and gets caught up in her country’s religious-based marriage laws in this tightly-wound drama. 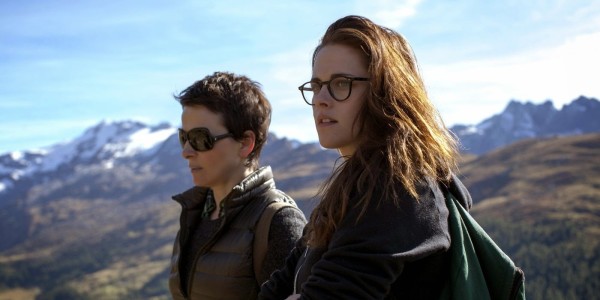 April 24 — “Clouds of Sils Maria” — In the new drama by Oliver Assayas (“Summer Hours”), an actress (Juliette Binoche) agrees to star in the revival of the play that made her famous. Kristen Stewart and Chloe Grace Moretz co-stars.

April 31 — “Misery Loves Comedy” — Comedian Kevin Pollak talked to everyone from Jimmy Fallon to Marc Maron for his documentary on what makes stand-up comedians tick. I’ll be doing a post-show chat on Tuesday, May 3.

May 7 — “Ride” — Helen Hunt wrote and directed as well as stars in this film, playing a New Yorker editor who follows her adult son to California and gets caught up in his surfing obsession. (She’s a good surfer, too.)