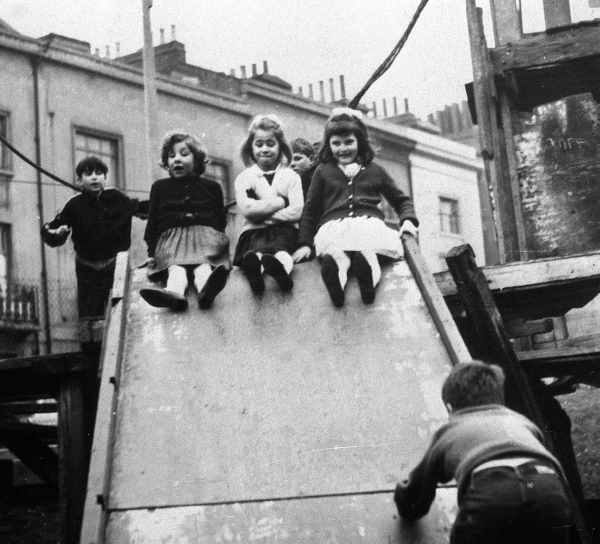 I love “Boyhood.” I love Michael Apted’s “Up” documentary series. I fervently wish we lived in a world where it was okay to like both.

Oh, right. We already do.

But not accordingly to this mean-spirited and off-key article in Sunday’s New York Times, “Watching Youth Fly By, in Fiction and Fact,” by staffer Mary Jo Murphy. Murphy seems miffed that “Boyhood,” one of the front runners at the Oscars, is getting so much attention right now while Apted’s “Up” series is not.

Why she feels the need to slag one in order to elevate the other is a mystery. Both are worthy, overlapping works of art, and there is room for both in the world. The article reeks of sour grapes, ones that I doubt Apted would share in.

The connection between the two works is obvious. Richard Linklater filmed “Boyhood” over a 12-year period, revisiting the same actors each year. As we watch Ellar Coltrane’s Mason grow from six to 18, and his parents (Patricia Arquette and Ethan Hawke) grow from harried young parenthood to a wiser middle age, the film beautifully captures the acute sense of time passing, quickly and slowly.

“Up” is a landmark documentary series in which Apted has revisited the same group of Brits every seven years for all of their lives. The last installment was “56 Up,” in which the participants (including UW-Madison professor Nick Hitchon) have settled into a hard-won maturity, reflecting on their lives and watching as their own children are going through the same steps they did.

Murphy calls “Boyhood” a “one-trick pony” and sniffs at the slackers who call it a masterpiece. She says that while critics have raised comparisons to “Up” in their reviews, the comments range from “dutiful to dismissive — nothing to see here, folks.”

That’s, to put it politely, nuts. The “Up” series is widely seen by critics as one of the landmarks of filmmaking. “Watching seemingly carefree children thrive and fail as they age — or, more prosaically, turn into dreary, respectable citizens — can be like a knife in your heart,” wrote one critic of the “Up” series in his “Boyhood” review. (That critic, was, of course, Murphy’s own New York Times cubicle-mate, A.O. Scott.)

Murphy’s main criticism of “Boyhood” seems to be that “Up” got their first. “Mr. Apted is the true groundbreaker and Mr. Linklater more of a lawn mower.” But art isn’t a footrace, and finishing second doesn’t necessarily mean finishing worst.

Her other complaint seems to be that the movie “Boyhood” only deals with, well, boyhood, stopping when Mason enters college. “Up” continues on, into “the accretion of small triumphs and disappointments that make up most lives.”

But then, that’s why it’s called “Boyhood,” no? Couldn’t we make the same criticism of “21 Up,” that it only shows the participants until age 21?

Aside from her cheap shots, Murphy writes perceptively about much of “Boyhood,” and lovingly about the “Up” series. She knows her stuff. And one hopes that, if we were to revisit her again in seven years’ time, she’d express regret writing this article.