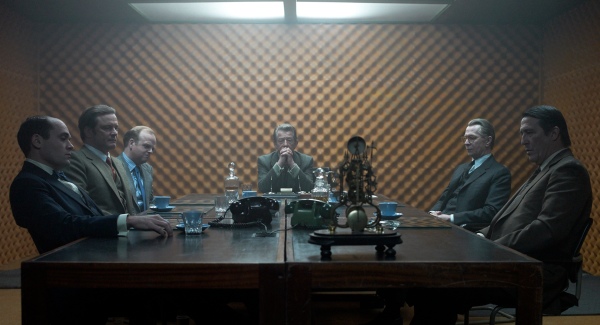 Pick of the week: “Tinker Tailor Soldier Spy“ — My full review is here. An unlikely spy thriller masterpiece, Tomas Alfredson’s adaptation of John Le Carre’s novel about British intelligence rooting out a mole is both a twisty, engrossing mystery and a meditation on those who keep secrets.

“Get Low” — My full review is here. Robert Duvall excels as a mountain man in the 1920s who decides to call a big party so he can confess the one sin that has haunted him all his life. Great supporting turn from Bill Murray as a local undertaker and a nice tone throughout.

“Insomnia” — I still think Christopher Nolan’s second feature is his most underrated, as Al Pacino plays a weary detective pursuing serial killer Robin Williams in a remote Alaskan town, while trying to hide secrets of his own.

“Blink” — In this effective Hitchcockian pastiche, a blind woman (Madeleine Stowe) regains the gift of sight thanks to a revolutionary new medical procedure. One of the first things she thinks she sees? A murder.