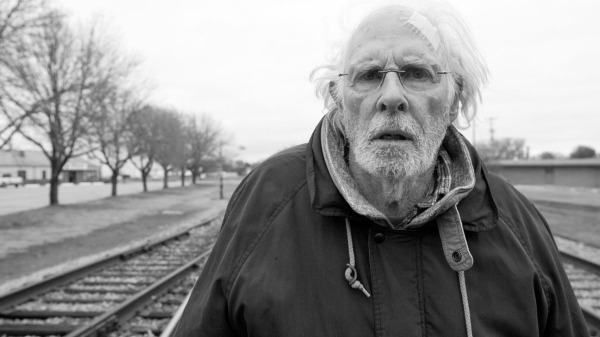 Pick of the week: “Nebraska“ — My full review is here.  Writer-director Alexander Payne gazes his sharp but empathetic eye homeward in this comedy-drama about a cantankerous old man (Bruce Dern) whose quest to claim a phony sweepstakes award brings him through his old hometown. Will Forte is the perfect foil as his sweet, estranged son, and the film is a nuanced portrait of old age and small-town life, devoid of cliche but not meaning.

“Batman” — Watching “Birdman” might give you a taste to see Michael Keaton in Tim Burton’s 1989 original, featuring Jack Nicholson’s enjoyably hammy turn as the Joker. The sequel, “Batman Returns,” is also now on Netflix.

“Dumb and Dumber” — Prep for seeing “Dumb and Dumber To” this Friday by catching up with the 1994 original, in which Jim Carrey and Jeff Daniels are iconic idiots. It really is dumb.

“Se7en” — Since “Dumb and Dumber” is getting a sequel after a 20-year break, will we see “Ei8ht” next year? Either way, David Fincher’s 1995 serial killer thriller retains its dark power.

“The Blind Swordsman: Zatoichi“ — Known for making gangster movies, Japanese director Takeshi Kitano tried his hand at starring and directing in an update of the popular samurai franchise, and the result is surprisingly fun and faithful.