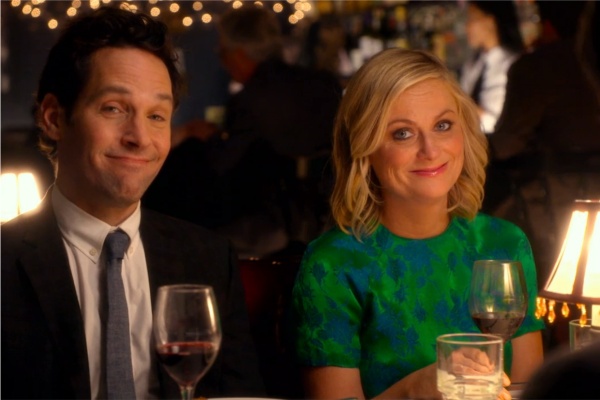 Writer-director David Wain (“Wet Hot American Summer,” “The Ten”) has a keen, gleeful eye for satire, and a big fat Rolodex full of funny people, and he uses both to great effect in “They Came Together.” The satire is so pitch-perfect that, if you were watching this movie half-asleep on Lifetime in a couple of years, whole scenes might roll by before you realized the film was making merciless fun of the genre it’s aping.

Joel and Molly (Rudd and Poehler) are telling their friends (Bill Hader and Ellie Kemper) how they met over dinner, and it’s, as Joel puts it, a “corny romantic comedy kind of story.” You know, where she’s a total klutz, and he’s an affable Jew (but not too Jewish), they meet-cute on the street, and it all happens in a New York City that’s almost like a character in the story. I know this because Joel says “New York is almost like a character in the story.”

It’s that kind of constant meta-ing, of calling out the cliches for what they are, that’s at the heart of Wain’s film. There are moments here that directly quote specific romantic comedies (especially “You’ve Got Mail,” as Joel is a corporate exec whose company is trying to drive Molly’s sweet, customer-free little candy shop out of business). But really, it’s the whole genre that’s on trial here, 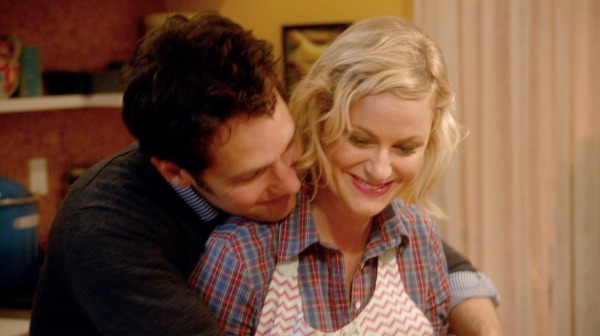 There are some moments that echo something the Zucker Brothers might do, like a happy montage of the couple in love, even when Joel accidentally beans Molly with a softball. And then there are moments of surreal comedy more expected from one of the minds behind “The State,” such as the way characters are always turning around before they leave a room and say, “Hey . . . . thanks.” Or the way the movie turns into its own Norah Jones promotional tie-in video.

I don’t think you would catch Poehler dead in a real romantic comedy, and it shows a little —  you can see the flintiness beneath Molly’s happy-go-lucky demeanor. But Rudd has played this role for real several times, and he seems to really relish pushing the tropes over the edge into absurdity.

The rest of the cast includes Ed Helms, Colby Smulders, Melanie Lynsky, Michael Ian Black, Max Greenfield, Christopher Meloni, Kenan Thompson, Ken Marino — it’s a big Rolodex. “They Came Together” could have been much sharper — it only lightly touches on the sexism and classism that’s often baked into the genre. But it’s got a few big laughs, and hopefully will shame a few screenwriters into not writing that next Jessica Biel-Ashton Kutcher film.