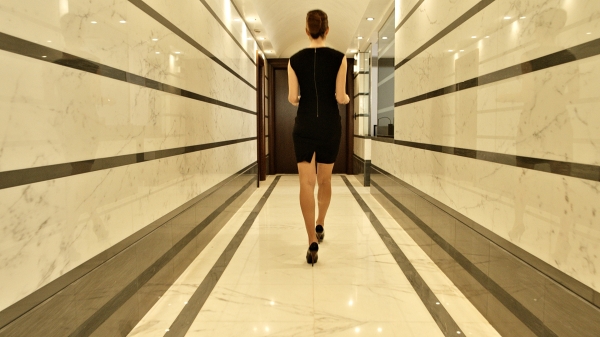 This wasn’t really planned, but I ended up talking a world tour at the first full day of the Milwaukee Film Festival on Friday, taking in films from Italy, Iran and Mexico. The festival’s foreign film slate has always been strong, and this year has beefed up its Latino programming with a special “Passport: Mexico” series.

The day started off with Paolo Virzi’s “Human Capital,” which transports Stephen Amidon’s Connecticut-set novel about two families — one middle-class, one super-rich — to Italy.  The heart of the film is a murder mystery — who ran over a waiter cycling home from a school gala that both families attended? — wrapped in an acidic commentary on how the rich really are so different from you and me.

Virzi makes the daring and largely successful choice of changing Amidon’s chronological story into a “Rashomon”-style structure where we see the same events from three different perspectives, getting new information each time through. The first time, we’re following Dino (Fabrizio Ventiboglio), an uncouth middle-class realtor who starts a friendship with ultra-wealthy hedge fund manager Giovanni (Fabrizio Gifuni, a shark in nice suits). The second time (and the best part of the film), we’re following Giovanni’s neglected wife, Carla (Valeria Bruna Tedeschi), a former actress who wants to use her husband’s money to save the town theater. Carla is flighty and unserious, but there is gentle tragedy in her eyes and she realizes how little control she has over her own life under the patronizing Giovanni.

The third section follows Serena (Matilde Gioli), Dino’s daughter and the one who knows what really happened that night. It’s here that “Human Capital” falters, slipping away from its class critique into pure whodunit plot machinations (and not even playing fair at that). It’s fun puzzling through the different strands to get at the truth, but the sum total doesn’t come near the profound statement that Virzi seems to be going for. It’s fairlystunning that this decent enough film edged out Paolo Sorrentino’s masterpiece “The Great Beauty” at the Italian Golden Globes. 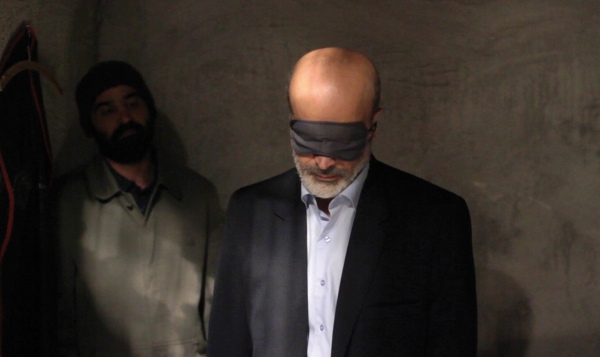 Next up was “Manuscripts Don’t Burn,” the devastating drama from Iran’s Mohammad Rasoulof, who defied a 20-year filmmaking ban by his government to make this film. (The names of the cast and crew have all been removed from the credits for protection.) The film follows the slowly intersecting timelines of two men; one is hired government assassin Khosrow, worried about his ailing young son, the other an old dissident writer, Kasra, who has written a book about his experiences, including a horrific incident in which the government tried to kill 21 writers in a staged bus accident.

The secret police, led by a silky-voiced former dissident himself, want that manuscript and all its copies, and the film is pitiless as we watch the killer and his compatriot interrogate, torture and murder to get what they want. The early scenes are slow and often cryptic, but there was a point when things suddenly cohered, and I was absolutely riveted by what I was witnessing. The reach of the secret police, their ability to browbeat citizens into submission, and the utter diffidence with which they carry out their grim tasks are horrifying. One scene, where we see Khosrow making a snack and checking out what’s on TV as he waits for the poison he’s injected into a victim to do its work, will stay with me for a long time.

The film burns with defiance, as well as appreciation for those small flickers of moral courage that flare up before being snuffed out entirely. “Manuscripts Don’t Burn” is one of the best films I’ve seen this year, and one of the hardest to watch. 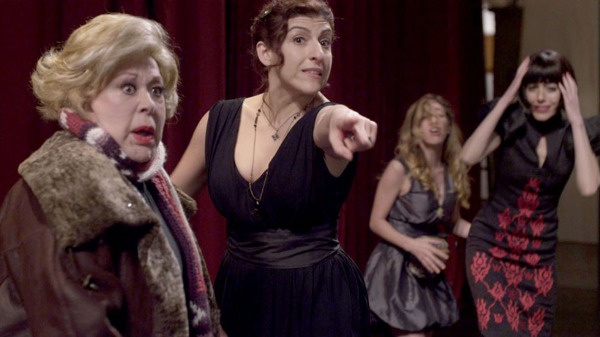 I needed something a little lighter to end the day on, and Mexico’s “Last Call”  offered that. A classic backstage comedy in the vein of “Noises Off,” “Last Call” follows a very troubled highbrow production of  Albert Camus’ Caligula.” A month before opening, the director has decided to completely abandon the Fascist Italy staging she had originally planned and try something completely different, including a female Caligula. This sends the entire production into a tizzy, from the hard-drinking producer to the imperious diva to the exasperated crew. One very refreshing aspect of “Last Call” is that most of the juiciest comic roles are given to actresses, with the men largely on the periphery of the action.

“”Last Call” could use a lot more zip, and the film proceeds rather fitfully to opening night, with some jokes working and others misfiring badly. Director Francisco Franco can’t generate the kind of comic momentum that this sort of farce needs to work. And yet, when opening night comes, the movie does find its way to an ending that’s satisfying both comedically and dramatically, just in the nick of time.