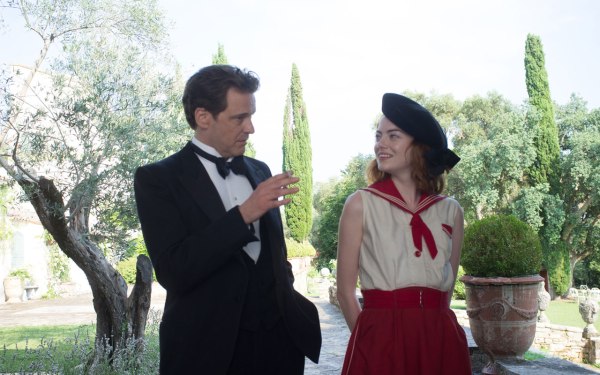 Pick of the week: “Magic in the Moonlight” (Sundance, AMC Star Cinema) — It’s a Woody. Yes, “Magic in the Moonlight” has been getting pretty lousy reviews, and the idea (magician Colin Firth hired to debunk mystic Emma Stone)  sounds like one of those bad ideas Woody had back in the “Curse of the Jade Scorpion” days. But it’s a new Woody Allen film, and we won’t be able to say that that many more times, most likely. So we show up, hoping for another “Midnight in Paris.”

“What If” (Eastgate, AMC Star Cinema) — Daniel Radcliffe and Zoe Kazan look awfully appealing in this indie romantic comedy about a med school dropout who falls for his best friend. What if it’s actually really good?

“The Giver” (Point, Eastgate, AMC Star Cinema) — Before “The Hunger Games,” before “Divergent,” there was “The Giver,” Lois Lowry’s novel about teens who learn their idyllic utopia is actually a controlling dystopia. Now it gets the big-screen treatment, and given its pedigree (“Dead Calm” director Phillip Noyce and stars Jeff Bridges and Meryl Streep), I’m hopeful.

“Rifftrax: Godzilla” (Point and Eastgate, 7 p.m. Tuesday) — Not this summer’s blockbuster (although that’d be ripe for a Rifftraxing just on Bryan Cranston’s wig alone), but the 1998 Roland Emmerich clunker getting made merciless fun of by the Rifftrax boys. This will be an encore of the live broadcast from Thursday, Aug. 14.