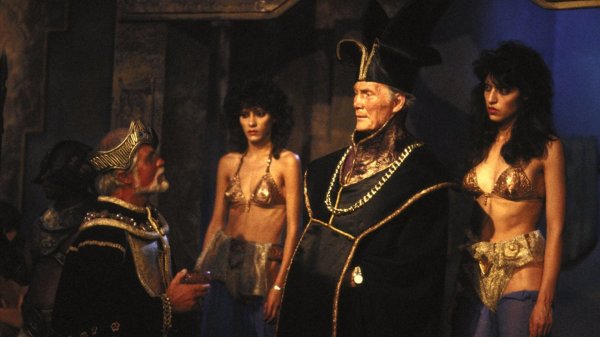 With 29 DVD editions and four movies in each edition, you’d think Shout! Factory would be running out of bad movies to put in its “Mystery Science Theater 3000” boxed sets by now.

What Shout! Factory does seem to be running out of, however, is things to say about “MST3K” the show. For the first time, none of the special features on the four discs reference the original Comedy Central/Syfy show. The closest it gets is a trailer for a new short film, “The Frank,” featuring former cast members Frank Conniff, Bill Corbett, and Mary Jo Pehl.

Behind-the-scenes featurettes on DVDs are nothing new, of course, featuring interviews with cast and crew chatting about how great the movie is and how great everybody got along. But the Ballyhoo docs often represent the flip side of moviemaking, the critical and commercial failure. These are movies that, from the beginning, few thought would amount to much, and often they didn’t even do that well.

Here are a few common threads in these making-of stories I’ve noticed:

Low expectations: “The Black Scorpion” was one of many, many giant-insect sci-fi movies made in the 1950s. Warner Brothers released it, but didn’t make it – they contracted with an independent studio, then swooped in to provide finishing funds and distribution. “Outlaw of Gor” was made in South Africa by Cannon Films largely as a tax shelter for its moneymen.

Made on the cheap: Both “Outlaw of Gor” and “The Projected Man” were made simultaneously with other, more successful movies. Producers went to Britain to make the sci-fi movie “Island of Terror,” overseeing “Island” at the prestigious Pinewood Studio while “Projected” was being cranked out at a much smaller studio nearby. “Outlaw of Gor” was made immediately after the original “Gor,” using a different director but all of the same actors and sets.

Proximity to other, better movies: Time and again, the Ballyhoo docs point out how the principals were also involved in other, more successful projects. “Scorpion” director Edward Judwig also did the John Wayne classic “The Fighting Seabees,” while one co-writer also wrote “The Time Machine” with Rod Taylor, and the other wrote Douglas Sirk’s “Magnificent Obsession.”

“How do you go from this Douglas Sirk megahit to this movie about a giant radioactive scorpion?” one film historian wonders. How indeed. 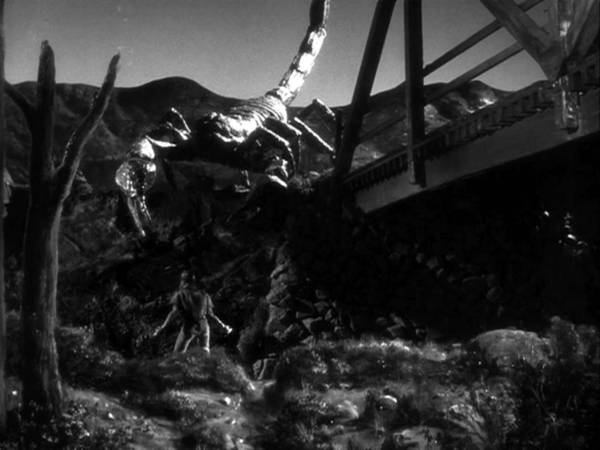 Actors on the downhill slide: “The Black Scorpion” star Richard Denning was a bonafide leading man in the early 1940s, but elected to serve in World War II. When he returned, he found his cachet in Hollywood had fallen and started another career working in low-budget sci-fi and horror films. “Outlaw of Gor” boats two big stars on the downhill slide, Jack Palance (pre-“City Slickers”) and Oliver Reed. Production manager Danny Lerner says in one featurette that Palance was hard to work with, but found Reed to be an “amazing actor,” hitting his lines no matter how much he had to drink the night before.

Half-apologies: One of the more uncomfortable pleasures of the Ballyhoo docs is to watch filmmakers squirm when trying to justify the work. Nobody wants to be the one to bad-mouth something they worked on, but, unfortunately, the proof is right there on the same DVD. The director of “Outlaw of Gor,” who has the priceless name John “Bud” Cardos, admits that the film “wasn’t his cup of tea,’ blaming a penny-pinching producer for curtailing his vision. Lerner is more direct — his featurette closes with him saying, simply, “It wasn’t a good movie.” Cue end credits.

So is the main purpose of these films to sneer at cinematic failures? Surprisingly, that’s now how Griffith sees it. He finds these stories of people working to produce something creative under harsh conditions — limited budgets, production problems, even misguided ideas — kind of inspiring.

“I have an affection for people who operate on lower-budget things, or their circumstances are a little more dire,” he told the radio station WUTC-FM in his native Chattanooga. “I can relate to it. You really do have to fight for your opportunities, and these are individuals that I can learn from in the process of making the documentaries, and understand the passion and determination it takes to make something.”

The message is clear: do what you love, even if you’re terrible at it. And, if you’re a writer, or a filmmaker, or a musician who feels frustrated that the world hasn’t properly recognized your work yet, pop in a DVD and take solace in the fact that your oeuvre doesn’t include “Outlaw of Gor.”