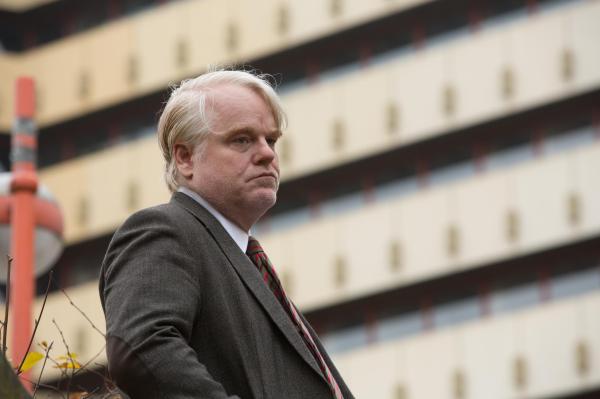 “A Most Wanted Man” (all week, Point and Star Cinema) — Months after his death from a heroin overdose, Philip Seymour Hoffman’s final performances are reaching theaters. This looks like the best of them, as Hoffman plays a disgraced German intelligence agent trying to topple a possible terrorist cell in Hamburg. It’s based on a John Le Carre novel, so expect lots of gray areas, and it’s directed by Anton Corbijn (“Control”), so expect some beautifully-framed shots.

“Bottle Rocket” and “Rushmore” (7 p.m., Friday, Union South Marquee Theatre) — Looking back on Wes Anderson’s first two films, it’s amazing how much of what we come to think of as a “Wes Anderson” film was already in place. “Bottle Rocket,” with its character-based humor and tale of misfit criminals, fits in neatly with a lot of other ’90s indie filmmaking, but there’s a precision to its scruffiness that is unmistakable. And “Rushmore,” of course, is an instant classic, notable for the empathy it shows for all its oddball characters. I found myself tearing up at the end of “Rushmore” the first time I saw it, and had no idea why. FREE!

“Lucy” (all week, Point, Eastgate, Star Cinema, Sundance) — Scarlett Johansson’s had quite a year playing characters who exist outside of humanity — “Her” was basically the concept of a woman that materialized into the air, while “Under the Skin” she played a killer alien for whom Johansson’s sex appeal was pure weapon. Now, in Luc Besson’s latest action thriller, she plays an ordinary woman who becomes superhuman when injected with a mysterious drug she’s smuggling. Some “La Femme Nikita” style fun? We’ll see.

“Monty Python and The Holy Grail” (1:25 p.m. and 7:15 p.m. Wednesday, Sundance Cinemas) — You could see the movie, or my high school friends and I could just quote it for you in the parking lot. Either way, the Pythons send up of super-serious historical epics will always stand for me as their high-water mark, although some appreciate the more vicious satire of “Life of Brian.” Give me a killer rabbit, a pair of coconuts and a Knight Who Says ‘Ni,” and I’m happy.

“The Naked Dawn” (7 p.m., Thursday, Chazen Museum of Art) — The lone Western in the Cinematheque summer series was apparently Francois Truffaut’s inspiration for “Jules and Jim,” although you might need a little help seeing that in the story of a farmer and a train robber who become accomplices in crime, and rivals for the same woman. It’s a tight, spare Western, with the Mexican landscape seeming almost lunar in German director Edgar Ulmer’s hands. FREE!