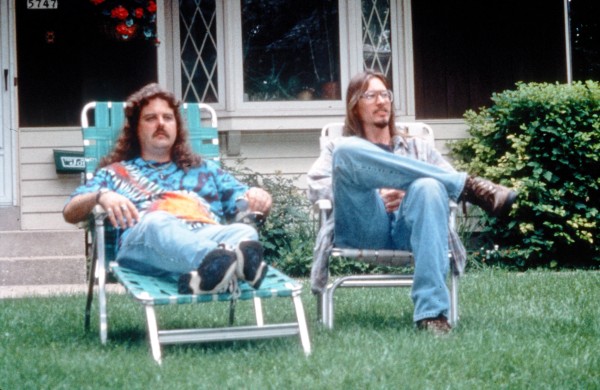 “American Movie” (7 p.m. Friday, Union South Marquee) — What could have been a sneering look at Mark Borchardt, a suburban Milwaukee man trying to make what will assuredly be a terrible horror movie, instead becomes wildly funny, oddly poignant, and in the end kind of inspiring. That Borchardt refuses to give up on his dream despite his dire circumstances underscores that, as the old man says, “It’s all right, it’s okay, there’s something to live for!” FREE!

“The Princess Bride” (6 p.m., Friday, Gunflint Park, 5420 Gunflint Trail, Fitchburg) — This summer’s unseasonably mild and lovely weather has made me feel guilty about seeing an early-evening movie. Luckily, Wheels & Reels fixes that problem with “bike-in movies” — ride your bike over to Gunflint Park for food, lawn games, and of course, one of the most delightful films of the ’80s. Have fun storming the park. FREE!

“Raiders of the Lost Ark” (9 p.m., Monday, Memorial Union Terrace) — This may be my desert island movie, so the perfect way to get ready for that may be this shoreline screening on the Terrace as part of the Lakeside Cinema series. I saw “Raiders” last summer as part of the Sundance Classics series with a sold-out crowd and, man, does it ever hold up. FREE!

“The Grand Seduction” (all week, Sundance) — Remember all those charming ’90s Irish movies like “Waking Ned Devine” about quirky little villages. “The Grand Seduction” looks to be a Canadian version of that, as the residents of a rundown seaside village try to convince a handsome doctor (Taylor Kitsch) to live there. It’s got the wonderful Brendan Gleeson, which is something.