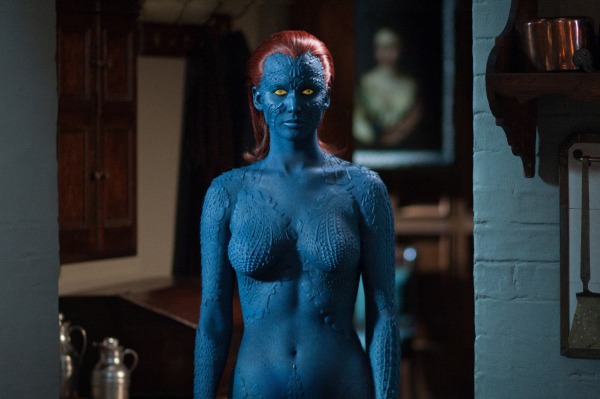 “X-Men: Days of Future Past” is now playing at Point, Eastgate, Star Cinema and Sundance. 2:11, PG-13, three stars out of four.

“All those years wasted fighting each other, Charles,” Magneto (Ian McKellen) intones to Professor X (Patrick Stewart) at one point during “X-Men: Days of Future Past.” “To have a precious few back.”

I’m guessing he’s referring to around 2006, when Marvel handed the keys to the franchise to Brett Ratner and he promptly drove it into the ditch with the careless (in every sense) “X-Men: The Last Stand.” But the reboot “X-Men: First Class,” which cleverly followed the mutants’ younger selves in the early 1960s’, got the series back online.

Now, “Days of Future Past,” with the franchise firmly in the capable hands of Bryan Singer, who directed the first two films, aims to get back at the narrative and emotional heart of those films. It’s clear he has a lot of affection for these characters and their allegorical struggle as an oppressed minority, and that goodwill helps “Days” over some ungainly moments.

The least interesting part of the film comes at the beginning, where we find ourselves in a near-future world where mutants are nearly extinct, hunted down (along with sympathetic humans) by giant robots called Sentinels. Not only are Sentinels big and nasty, but they have mutant DNA which allows them to mimic mutant powers. They can out-Beast Beast, and if you’re a fire guy, they can become an even bigger ice guy. (Funny, you never see any of them mimic Toad.)

Still, robots are just robots, and I got quickly bored of watching mutants unsuccessfully fight Sentinels in scenes that seem designed to look cool in 3D rather than get the story going. But Professor X has a plan — he’ll send Wolverine (Hugh Jackman) back to 1973, when Sentinels were still on the drawing board of a mutant-fearing scientist named Bolivar Trask (Peter Dinklage). Trask was considered something of a nut until he was killed by Mystique (Jennifer Lawrence), which convinced the government that the Sentinels were necessary. Go back in time, and get the younger Professor X (James MacAvoy) and Magneto (Michael Fassbender) to stop Mystique, and the the timeline will be altered faster than you can say “I’ll be back.”

If that sounds hopefully convoluted, don’t pay too much attention to it, and definitely don’t try to remember the earlier films, since screenwriter Simon Kinberg blows up all continuity to fit in cool mutant cameos and other fanboy Easter eggs. The ’70s section of the film  is a lot of fun (Wolverine wakes up staring at mysterious globules, which turns out to be a lava lamp.)

While “First Class” traded on Cold War paranoia, “Days of Future Past” uses the post-Vietnam malaise of ’70s America as its backdrop, with Trask believing that fighting mutants can be a “common struggle” that unites humanity. It’s a nice performance from Dinklage who, aside from his genocidal tendencies, doesn’t seem like a bad guy.

The ’70s is also where the best acting and characterizations come, especially MacAvoy as the drunken, self-loathing Professor, who has dulled his psychic powers in order to get the use of his legs back. Fassbender is — fine, I’ll say it — magnetic as Magneto, both friend and rival to Professor X, always looking for a much more evil way to accomplish the same goals. (They’re like the Goofus and Gallant of mutantdom.) 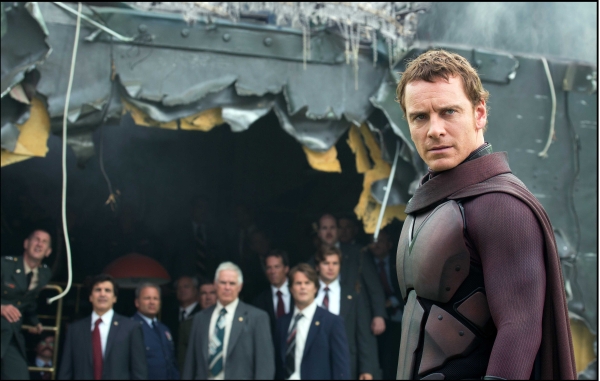 In the middle is the wild card Mystique, who has become something of a lone-wolf avenger (lower case “a”) fighting for mutants; there’s a nifty sequence where she rescues a mutant squad in Saigon. Of the new mutants introduced, by far the best is Quicksilver (Evan Peters), a cheeky juvenile delinquent who can move at lightning speed. Possessing the baby face of Malcolm McDowell in “A Clockwork Orange,” Quicksilver alone seems to find being a mutant to be a hell of a lot of fun; the movie’s showstopper is a slapstick masterpiece where he disarms a kitchen full of guards as Jim Croce croons “Time in a Bottle.”

“Future Past” could have used more deft touches like that, and the film ends in a ponderous double battle with mutants fighting Sentinels in both past and present. But by the end of the film, the franchise seems righted and back in good hands, and after being burned out on the X-Men for a while, I’d be up for another outing.

Maybe in the next film they can head back to the ’80s (“Mr. Magneto, tear down this wall!”)