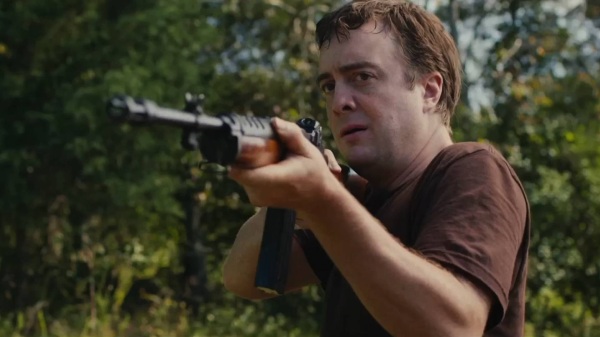 Dwight is nobody’s idea of an assassin. A vagrant with a dirty, sweaty beard, scared-puppy eyes, and a slight frame, Dwight (Macon Blair) looks like he would have to work hard to make it as an innocent bystander, let alone a killer.

But he gets drawn into a vicious and wildly entertaining tale of revenge in “Blue Ruin,” writer-director Jeremy Saulnier’s widely praised debut thriller. The film has the sort of exquisitely-staged moments of violence and suspense that provoke comparisons to the Coen Brothers’ “Blood Simple” or “No Country For Old Men.” But Saulnier brings a rueful fascination to this tale of a long-simmering family feud exploding into bloodshed.

Dwight is dumpster-diving for scraps outside a Delaware amusement park when he gets pulled in by the cops. They’re not arresting him — they want him to know that Wade Cleland, the man convicted of murdering his parents years ago, is being released from prison.

Dwight doesn’t really respond — Blair has maybe two lines of dialogue in the first half hour of the movie. Instead, he patiently goes about the work of preparing for a trip home to Virginia, to murder Wade Cleland.

His assassination attempt goes pretty badly — if there’s a manual for how to get a murder, “Don’t leave your car keys and car at the crime scene” has to be somewhere in the first chapter. Dwight visits his estranged sister Margaret (Bonnie Johnson) to tell her the news, only to realize that the rest of Wade’s family is coming after them. 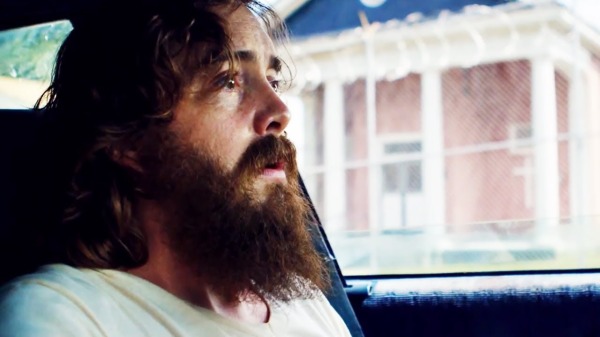 What makes this so exciting and unnerving is that everybody in the film — hero, villain and victim — seems like an ordinary person, pulled into a seemingly endless cycle of revenge that can’t end until everyone is dead. “I’ve got two of yours,  you’ve got two of mine,” Dwight tells the Cleland family in a futile attempt to put an end to the cycle. But for the Clelands, even isn’t enough.

Saulnier charts each turn of the film’s tightening screws with ruthless precision, and as the film goes on, we start to learn the real story behind the death of Dwight’s parents, one he never knew. But by the time he does know the truth, he’s too far in to pull himself back out. Blair, slight and soft-spoken, makes Dwight an unlikely and magnetic protagonist, constantly making mistakes he has to try and undo. He’s us, put in a similarly awful situation, and very easy to identify with.

This is a highly impressive debut from Saulnier, mixing genre pleasures into a more somber undercurrent to make one of the best films so far this year. This is a filmmaking career you want to get in on the ground floor of.