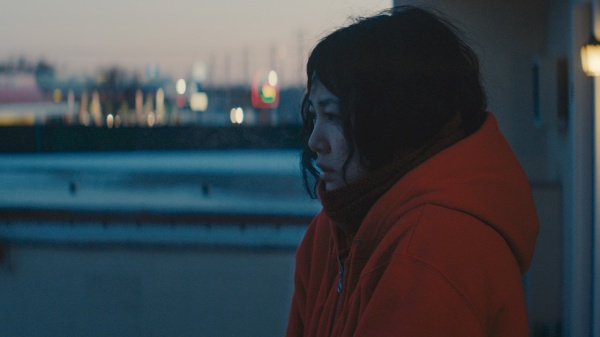 The 2014 Wisconsin Film Festival schedule went live on Thursday, and each day between now and the start of the festival on April 3, I’ll be zooming in on one of the more than 140 films playing at the festival. If you have suggestions about films you’d like to know more about as you’re planning your festival experience, let me know in comments.

Of all the films I saw at the Sundance Film Festival in January, the one that immediately leaped out at me as a perfect fit for our own Wisconsin Film Festival was — well, it was “Life Itself,” the Roger Ebert documentary. But the distributor seems to be keeping that one off the festival circuit in advance of a summer theatrical release.

Running a close second was the strange and delightful “Kumiko, The Treasure Hunter.” Partly because of its Minnesota setting, as the vast expanses of snowy white and friendly little rural towns seemed familiar to a Wisconsin audience. And it’s the movies obsession with other movies, specifically “Fargo,” as Kumiko is a lonely, rather odd Japanese woman who becomes fixated on the idea that Steve Buscemi’s character in “Fargo” really did hide a fortune under the snow, marked with a red ice scraper, and sets out to find it. She’s like the ultimate “True Detective” or “Lost” fan, obsessed with “solving” a piece of art to the point that she loses touch with reality.

But mostly it’s the offbeat tone of the film, mixing humor with pathos and just a smidgen of unearthly wonder, that I thought would play well in Madison. So I’m really glad it’s coming, and that producers Nathan Zellner and Chris Ohlson will be coming up to the festival to show the film.

Here’s what I wrote back in January:

“I’m like a Spanish conquistador,” Kumiko (Rinko Kikuchi) says at one point in “Kumiko the Treasure Hunter.” “Looking for treasure deep in the Americas.”

Only Kumiko’s quest doesn’t take her to South America, but to wintry Minneapolis in the quirky and lovely new comedy from Austin’s David and Nathan Zellner. And no, the treasure isn’t at the Mall of America.

No, Kumiko is obsessed with the movie “Fargo,” specifically the suitcase full of money that Steve Buscemi buried in the snow at the end of the film, marking the spot with a red ice scraper. Kumiko found the tape wrapped in oilskin in a secret cave (which is probably the only place you can get VHS tapes these days) and is convinced the treasure is real, and is determined to find it.

“Kumiko” is divided into two halves. The first takes place in Tokyo, where Kumiko is an “Office Lady’ for a horrible boss, derided by her colleagues, too timid to speak out. At home, her mother calls to berate her for not being married. With that kind of life, who wouldn’t want to fly halfway around the world for a chance at riches.

Rikuchi’s performance is subtly magnificent; Kumiko seems meek, but she has an unshakable conviction in her beliefs that drive her to swipe the company credit card and head out on her quest. That drive rally manifests itself in the second half of the film, shot in Minneapolis, where Kumiko dons a red hoodie and patterned bedspread and trudges through the snow,map in hand, looking for her treasure.

Along the way, she meets several people who try to help her, including a kindly deputy (David Zellner) who tries to explain that “documentary is real, normal movies are fake.” Kumiko is undeterred. You would have though the Zellners had written themselves into a narrative corner trying to figure out how to end Kumiko’s quest, but by the end she looks like an ancient, powerful warrior striding the landscape.

And anyway, who can say for sure the money isn’t out there somewhere. Have you looked?

The Zellners bring a wintry wit and a generous empathy towards Kumiko’s quest, along with a stunning visual and sound design.