“Stalingrad” (Star Cinema) — Russia’s biggest movie moneymaker comes to America for a one-week run in IMAX 3D. Looks like the greatest “Call of Duty” cutscene ever.

“Son of God” (Point, Eastgate, Star Cinema) — The History Channel’s “The Bible” miniseries gets whittled down into a feature film, complete with a hunky Savior.

“Non-Stop” (Point, Eastgate, Star Cinema) — My full review is here. Liam Neeson plays a disgraced air marshal who tries to find a killer on a transatlantic flight in this diverting enough mystery-thriller that you will be unlikely to catch on a plane.

“Wadjda” (Sundance) — My full review is here. The first film made in Saudi Arabia tells the story of a plucky girl, a bike, and the adults who she has to circumvent to get it.

“Anchorman: The Legend Continues Super-Sized” (Point, Eastgate, Star Cinema) — I thought the second “Anchorman” movie was plenty long, but an extended R-rated cut is in theaters for one week with 763 bonus jokes.

“20 Feet From Stardom” (7 p.m., Union South Marquee Theatre) — An all-musical weekend at the Marquee kicks off the favorite to the Best Documentary Oscar on Sunday tells the tale of backup singers who contributed vocals to many of popular culture’s most iconic songs, often without credit. FREE!

“Singin’ in the Rain” (9:30 p.m., Union South Marquee Theatre) — The beloved and high-spirited musical gets a rare big-screen showing. FREE!

“Children of Men” (midnight, Union South Marquee Theatre) — Not much singing and dancing in this harrowing dystopian thriller about a world in which no children are born, featuring some masterful long takes from director Alfonso Cuaron. FREE!

“Cloudy with a Chance of Meatballs 2” (10 a.m., Point and Eastgate) — The sequel to the clever animated film features an island overrun by food-creatures and groan-inducing puns. Admission is just $2, and so is popcorn.

“At Berkeley” (1 p.m., UW-Cinematheque) — My full review is here. At 84, Frederick Wiseman goes back to school with this illuminating four-hour documentary looking at life inside one of America’s most prestigious universities. FREE!

“Cannibal!: The Musical” (9:30 p.m., Union South Marquee Theatre) — The 1993 cult classic features a lot of singing, a little snowman-building and a healthy dose of people-eating as a tells the musical tale of the Donner Party.. FREE!

“Cloudy with a Chance of Meatballs 2” (11 a.m, Point and Eastgate) — See Saturday listing

“Rope” (2 p.m. Chazen Museum of Art, 800 Langdon St.) — Speaking of long takes, Cuaron could take a lesson from Alfred Hitchcock, who appears to shoot this murder tale inspired by the Leopold and Loeb case in one unbroken take. FREE!

“Sweeney Todd” (3 p.m., Union South Marquee) — My full review is here. Tim Burton is the perfect choice to bring this bloody musical to the big screen, and he delivers in a fantastic version with Johnny Depp as the “Demon Barber of Fleet Street.” FREE!

“Grease” (Monday through Thursday) — Marcus Theatres are also kicking off a month of musicals, beginning with the 1978 John Travolta-Olivia Newton-John film that launched a million karaoke nights. $5 tickets

“Ping Pong” (2 p.m., Alicia Ashman Public Library) — This documentary looks at table-tennis players heading to Mongolia for a championship match, and will be followed by a talk on active sports for seniors and Baby Boomers. FREE!

“12 Years a Slave” (6:30 p.m., Pinney Public Library Branch) — My full review is here. This Oscar-nominated film is a powerful look at the realities of slavery, as a free man is kidnapped and sold into bondage. FREE!

“Broadway Danny Rose” (7 p.m, Union South Marquee Theatre) — Revisit Woody Allen and Mia Farrow in happier times in this 1984 charmer about a talent agent who nurtures some of the worst acts in the business. FREE!

“Viva Riva!” (7 p.m., Union South Marquee Theatre) — A small-time operator returns to Kinshasa in the Congo and becomes enmeshed in the dealings of a local crime lord in this action-packed African film. FREE! 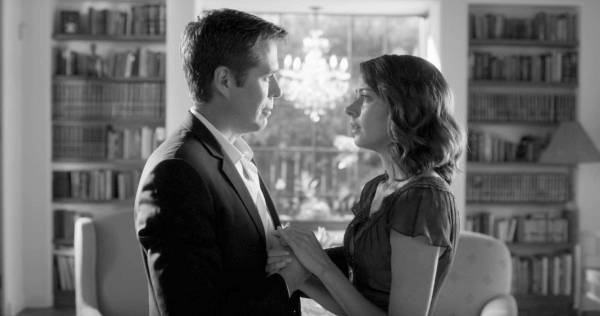 “Much Ado About Nothing” (7 p.m., Union South Marquee) — My full review is here. Joss Whedon took a break from filming the first “Avengers” movie to stage Shakespeare’s romantic comedy in his house with a few friends, and the result is one of the most playful and surprisingly thoughtful big-screen Bard films. FREE!