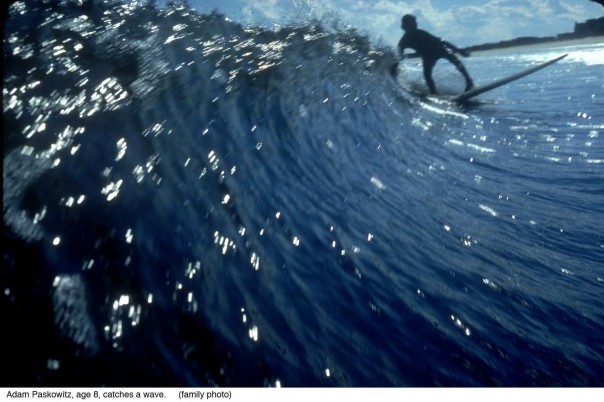 For some reason, a bunch of really good documentaries from the past few years just went up on Netflix Instant in the last few days. So I’m going to break protocol this week and do an all-doc edition of Instant Gratification, with subjects ranging from sports to politics to a very strange romance.

Pick of the week: “Surfwise”: Doug Pray, who grew up in Madison, made this fascinating documentary in 2008 about “Doc” Paskowitz, a fitness guru who raised his eight kids off the grid in a little van, trading schoolbooks for surfing. The lasting impact that childhood had on the kids, now adults, is surprising and moving.

“Enron: The Smartest Guys in the Room“: My full review is here. Remember Enron? The chicanery of the Top 10 corporation almost seems quaint in the wake of the financial crisis, but Alex Gibney made a vastly entertaining film showing how Enron executives did what was in their own best interests, their customers (and the company) be damend. And if you think America’s corporate culture has changed, I’ve got some Enron stock to sell you.

“Casino Jack and the United States of Money“: My full review is here, and my interview with Alex Gibney is here. Gibney also managed to unravel the shady dealings of super-lobbyist Jack Abramoff in this documentary to show how money runs politics. Like in the “Enron” film, Gibney makes complex financial schemes understandable, entertaining, and maddening.

“Jesus Camp“: My full review is here. This riveting and disturbing documentary looks at a conservative Christian camp, where cheerful counselors recruit devout young campers for the upcoming culture wars. It’s a fascinating and more complex film than you might think.

“Crazy Love“: My full review is here. I called this film “90 of the fastest, weirdest minutes I’ve spent in a theater in a long time,” telling the very strange tale of Burt and Linda Pugach, how Burt’s obsession with Linda led him to do horrible things, and how Linda, improbably, forgave him.