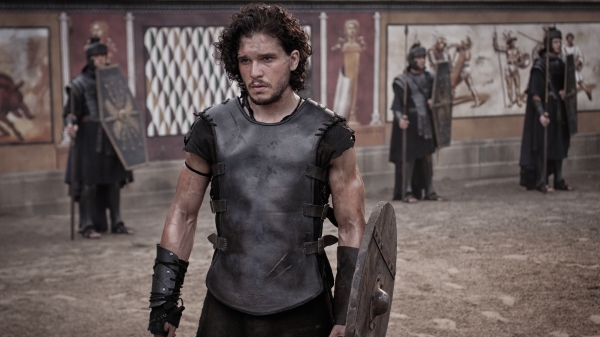 “Pompeii” (Point, Eastgate, Star Cinema) — What’s the only thing that can stop a Roman slave from rescuing his true love from the clutches of a cruel rich man? An erupting volcano, obviously! This will be the first film at Point to be shown in its brand-new Ultrascreen DLX theater, featuring Dolby Atmos sound and leather electric recliners, but the film is not in Dolby Atmos. The recliners should work fine, however. (The first flick to show off Atmos at Point will be “300: Rise of an Empire” on March 7, which is ironic, since I believe Star Cinema used the original “300” to show off its IMAX screen to critics.)

“3 Days to Kill” (Point, Eastgate, Star Cinema) — Kevin Costner has “taken” (see what I did there?) the aging action-hero role away from Liam Neeson, playing a retiring spy juggling one last mission with parenthood.

“In Secret” (Point, Eastgate, Sundance) — In this adaptation of Emile Zola’s “Therese,” a repressed wife (Elizabeth Olsen) seeks comfort in the arms of her cold husband’s childhood friend (Oscar Isaac), with tragic consequences.

“The Great Beauty” (Sundance) — My full review is here. Tony Servillo, so great as the ruthless politician in Paolo Sorrentino’s “Il Divo,” returns as an aging playboy writer in Sorrentino’s rapturous new film. I’ll be doing  a post-show chat after the 6:50 p.m. Tuesday, Feb. 25 screening of the film. The chat should take place around 9:15 p.m. in Sundance’s Overflow Bar, across from the box office. Hope you can make it!

“My Winnipeg” (2 p.m., UW Cinematheque, 4070 Vilas Hall) — Canadian experimental filmmaker Guy Maddin will present his “docufantasia” about his hometown of Winnipeg, turning a snowbound prairie city into a forbidding empire of secrets. He’ll take part in a panel discussion about the film immediately afterwards. Here’s my story on all of Maddin’s public appearances in town. FREE!

“The Irresponsible Captain Tylor” (6:45 p.m., Alicia Ashman Public Library, 733 High Point Blvd.) — A layabout military officer accidentally finds himself the captain of a misfit crew of a starship in this anime film. FREE!

“The Hunt” (7 p.m, Union South Marquee Theatre, 1308 W. Dayton St.) — My full review is here. Mads Mikkelsen of “Hannibal” stars in the Oscar-nominated Danish film about a schoolteacher whose community turns on him after he is wrongly accused of abusing a child. FREE!

“Remember Last Night?” (7 p.m., UW Cinematheque) — Maddin will present one of his favorite films, this 1935 comedy whodunit from James Whale, and discuss the film and his other cinematic influences afterward. FREE!

“Gravity” (9:30 p.m., Union South Marquee) — My full review is here. My favorite movie of 2013 was this incredibly suspenseful and immersive tale of two astronauts trapped in space when their shuttle is destroyed. FREE!

“Mullholland Drive” (11:30 p.m. Union South Marquee) — David Lynch digs into the seamy underbelly of Hollywood in this tale of a young actress on the trail of a mystery that made a star out of Naomi Watts. FREE!

“The Smurfs 2” (10 a.m., Point and Eastgate) — Just $2 gets you all the little blue guys you can handle in the latest “Kids Dream” offering. Also, ushers will be handing out pamphlets about sponsor American Family Insurance afterwards, which the kids just love.

“2014 Best PIcture Showcase Part I” (noon, Star Cinema) — Way behind on your Oscar viewing? I laid out in this Cap Times article where you can see all nine Oscar-nominated films in theaters around town, but it gets even easier with Star Cinema offering all nine across the next two Saturdays.

“Post Mortem” (2 p.m. UW Cinematheque) — The Cinematheque’s series of new Chilean cinema concludes with a triple feature of the work of Pablo Larrain, three films that together chronicle show how fascism took over Chile and was eventually beaten back. In this first film, set in the days before the 1973 military coup, a lonely morgue attendant pines for an exotic dancer and finds himself playing a surprising part in his country’s history. FREE!

“Best Picture Festival Part I” (2:35 p.m., Point and Eastgate) —  Knowing a good idea when they see it, Marcus Theatres are doing the same thing this year. A $24 ticket get you “Nebraska,” “Captain Phillips,” “Gravity” (in 3D) and “The Wolf of Wall Street,” and you can come back next Saturday for the other five films.

“Tony Manero” (4 p.m., UW Cinematheque) — My full review is here. In the midst of totalitarian rule, where the innocent are persecuted, a serial killer with a fixation on John Travolta’s character in “Saturday Night Fever” is allowed to roam free in this deeply unsettling film. FREE!

“No” (7 p.m., UW Cinematheque) — My full review is here. The final film in the Pablo Larrain trilogy was one of my favorite movies of 2013, showing how an ad campaign run by a shallow creative executive (Gael Garcia Bernal) ended up overturning a dictatorship. FREE!

“2014 Oscar Nominated Shorts — Animated” (Monday-Thursday, Point and Eastgate) — My full review is here. In addition to playing at Sundance Cinemas, the five Oscar nominated animated shorts (along with three bonus shorts) will screen at Marcus during the week. 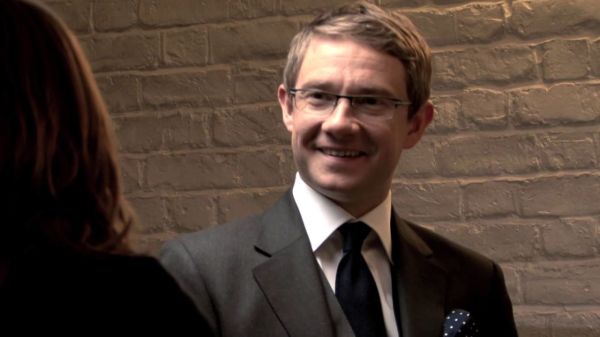 “2014 Oscar Nominated Shorts — Live Action” (Monday-Thursday, Point and Eastgate) — My full review is here. The five live action short films nominated for an Oscar will screen during the week.

“Zelig” (7 p.m., Union South Marquee Theatre) — In this clever mockumentary, Woody Allen plays a social chameleon who can blend in with any group of people. FREE!

“Cairo Station” (7 p.m., Union South Marquee Theatre) — In this internationally-acclaimed 1958 film, the lives of the workers at Cairo’s largest train station are dramatized.

“Shadows of Liberty” (7 p.m., Barrymore Theatre) — Filmmaker Jean-Philippe Tremblay will present his new documentary about corporate control in the news media, with a post-show panel discussion that includes John Nichols of the Cap Times. $5 donation at the door.

“20 Feet From Stardom” (9:30 p.m, Union South Marquee Theatre) — This Oscar-nominated documentary looks at the backup singers who contributed their voices to some of popular music’s most iconic songs, often without credit. FREE!