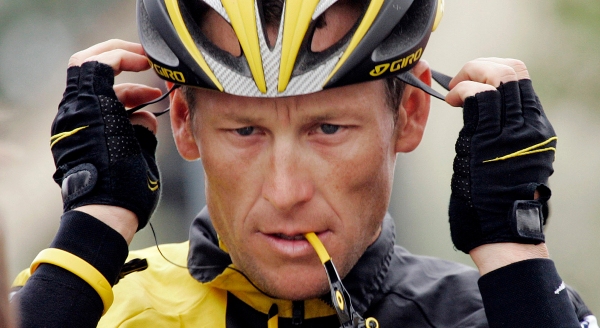 It’s been a long winter’s nap for the Sundance Cinemas Screening Room schedule, which devotes a screen at the west side cinema to independent, foreign and documentary films. The series typically takes a late-autumn break so Sundance can have the big Oscar contenders pumping on all six screens.

But with the Oscar nominees all set and everything pretty much out, it’s time for the series to fire up again. Fittingly, it starts this Friday, Feb. 7 with screenings of all the Oscar nominated short films — live action, animated and short documentaries. It’s a rare and welcome chance to see short film programming at Sundance — I’ll have reviews later this week, but the animated films are especially good this year.

Here’s how the rest of the upcoming series shakes out. I do plan on hosting post-show discussions on a couple of these — I just have to figure out which ones. If you have any candidates for films you’d really like to talk about, let me know in comments.

Feb. 14 — “The Armstrong Lie” — Documentary filmmaker Alex Gibney started out trying to make an even-handed film about Lance Armstrong, only to find himself just as duped as the rest of the world.

Feb. 21 — “The Great Beauty” — An Italian playboy journalist takes stock of his shallow existence in this ravishing ode to “La Dolce Vita.”

Feb. 28 — “Wadjda” — The first film made in Saudi Arabia is made surreptitiously by a female filmmaker (in a country where women cannot drive or vote), following a girl’s attempt to secure a bicycle.

March 7 — “Omar” — In this thriller, a Palestinian youth kills a soldier and then is blackmailed into spying for the Israelis.

March 14 — “Better Living Through Chemistry” — A bored small-time pharmacist finds himself embroiled in a wild affair in this dark comedy that stars Sam Rockwell and Jane Fonda.

March 21 — “Stranger By the Lake” — Two young gay men in France become the targets of a murder investigation in this thriller, which just played at the Sundance Film Festival.

March 28 — “The Face of Love” –– Annette Bening plays a widow who meets a man (Ed Harris) who is the spitting image of her late husband in this romantic drama.