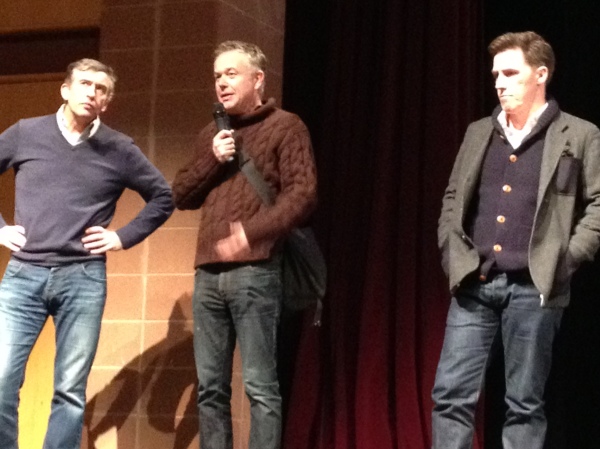 Two men in a foreign country – a classic comedy setup? Hey, it worked for Bob Hope and Bing Crosby.

I saw four comedies on Tuesday, and by sheer coincidence two of them were about two men traveling in a foreign country. The first was “The Trip to Italy,” the sequel to 2011’s “The Trip,” in which Steve Coogan and Rob Brydon played exaggerated versions of themselves, touring the north of England, reviewing restaurants, and doing outstanding Michael Caine imitations.

“We’re not going to do any impersonations this time are we,” Coogan asks Brydon at the outset of a similar foodie tour of Italy. “We talked about that.” But, of course, before long they’re doing spot-on impressions of Sean Connery, Hugh Grant, Al Pacino, Christian Bale, Roger Moore and many more. They also discuss Mary Shelley and Alanis Morissette, visit some old ruins, have dalliances with a local or two, and eat lots and lots of great food.

The relationship between the two men feels a little less strained than it did in the first movie, and Coogan’s neuroses about his career have been dialed back as well. “Italy” feels like a warmer trip than the first film, the chance to hang out with two very funny people in some of the world’s most beautiful places. Who could pass that up?

During the post-show Q&A, director Michael Winterbottom said that the scenes often grew out of improvisation, with the two actors riffing off of rough outlines until they found bits that worked. Also, perhaps inevitably, Brydon and Coogan were asked what their favorite impressions were (Caine for Brydon, James Mason for Coogan) and whether they can imitate each other. 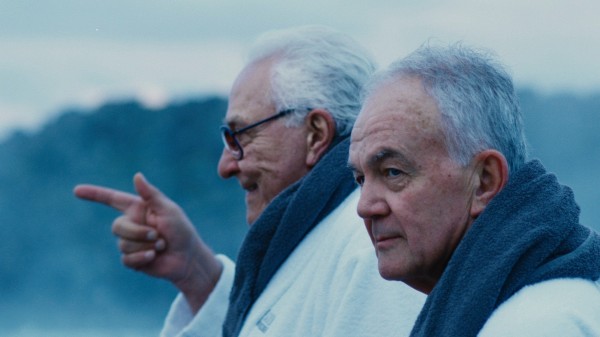 In the utterly endearing comedy “Land Ho!,” on the other hand, the two men are ex-brothers-in-law nearing retirement age who decide to go on a trip to Iceland. Colin (Paul Eenhoorn of “This is Martin Bonner”) is a soft-spoken Australian who has just divorced his wife, while Mitch (newcomer Earl Lynn Nelson) is a good-‘ol-boy Kentucky doctor with a fondness for women, marijuana and dirty jokes.

Traveling a stunning Icelandic landscape with an ‘80s synth-pop soundtrack (the use of “In a Big Country” is positively glorious), the two men are a hilarious odd couple, Mitch affectionately ribbing his more reserved traveling partner every step of the way. They spend a night with two younger women, take a trip to a hot springs and a geyser, and end up lost in the dark with only a pair of rave-party glow sticks to light their way.

In the end, “Land Ho!” is a high-spirited and life-affirming film about enjoying life. “Don’t get that Sunday afternoon attitude,” Mitch admonishes Colin near the end of the trip. “It ain’t over with yet.” There’s a life lesson there.