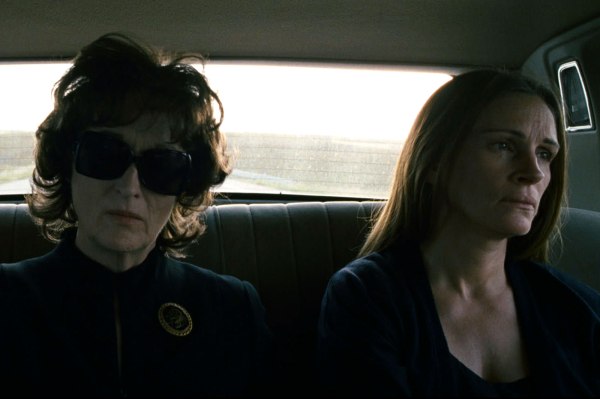 “August: Osage County” (Point, Eastgate, Star Cinema, Sundance) — Audiences expecting a sassy but lovable “Steel Magnolias” kind of film will be mighty shocked by this all-star adaptation of Tracy Letts’ play, in which Meryl Streep, Julia Roberts, Juliette Lewis and others get positively vicious as a dysfunctional Southern clan brought back together.

“Inside Llewyn Davis” (Point, Eastgate, Star Cinema, Sundance) — My full review is here. The Coen Brothers’ latest film finally makes it to Madison, telling the story of an irritable ’60s folk singer who only gets more irritable as he senses success passing him by. It’s either the saddest comedy you’ll ever see or the funniest drama, but it’s odd and endearing, and one of the best films of the year.

“Her” (Point, Eastgate, Star Cinema, Sundance) — My full review is here. Coming in three spots higher on my 2013 Top 10 list, though, is Spike Jonze’s strange and wonderful film about a man who falls love with his computer – – and his computer seems to fall right back. It’s about the way we live now, sure – but it’s also a complex and moving bonafide romance.

“Sherlock Season 3″ (8 p.m., Central Library, 121 W. Mifflin St.) — Technically not a movie, but tell me this won’t be cool. Not only do you get to see the first 90-minute episode of BBC’s “Sherlock” over a week before it airs on public television, but Forequarter will be serving Holmes-themed drinks all night. 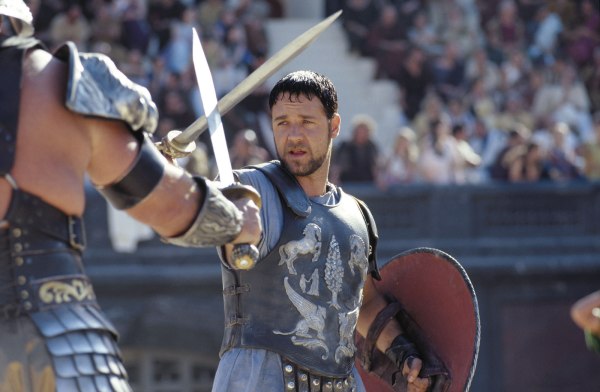 “Gladiator” (6:40 p.m., Point and Eastgate) — After you see Joaquin Phoenix pitch woo to his MacBook in “Her,” see him as a ruthless young emperor in Ridley Scott’s hack-and-slash epic.

“Gymkata” (6:30 p.m., Madison Central Library) — Olympic gymnast Kurt Thomas plays a U.S. spy who must battle in a fictional Eastern Bloc country that seems to have a lot of parallel and uneven bars used in its architecture. They don’t call it “Bad Cinema” for nothing. FREE!