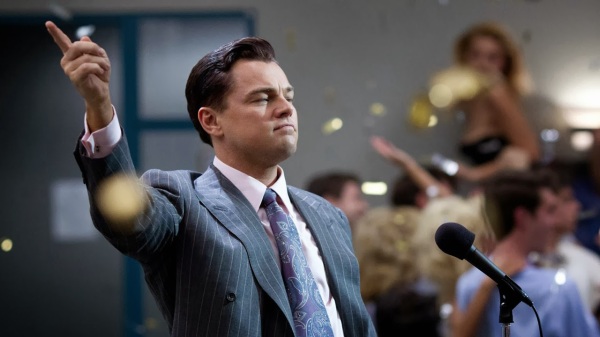 Poor Martin Scorsese. When he made “Goodfellas,” he never thought he had to put in a scene where somebody told Joe Pesci it was morally wrong for him to shoot Spider. He didn’t bother to include a scene in “Casino” where Robert De Niro questioned the ethics of smashing a card cheater’s hand with a hammer. And in “Gangs of New York,” nobody stopped to talk about how bashing each other’s skulls might be considered antisocial.

He must have thought this was self-evidently bad behavior or something.

Scorsese doesn’t do any moralizing in “The Wolf of Wall Street,” either, and the film has been savaged by some for its view of life in high finance, an unending party of hookers, cocaine, helicopters, and duffel bags and duffel bags of money. The daughter of one of corrupt financier Jordan Belfort’s real-life co-conspirators even wrote an “open letter” to Scorsese and DiCaprio shaming them for “glorifying” Belfort’s behavior.

“You people are dangerous,” Christina McDowell wrote in LA Weekly. “Your film is a reckless attempt at continuing to pretend that these sorts of schemes are entertaining, even as the country is reeling from yet another round of Wall Street scandals. We want to get lost in what? These phony financiers’ fun sexcapades and coke binges? Come on, we know the truth. This kind of behavior brought America to its knees.”

She really wrote that. It’s like saying that “Goodfellas” glorifies being in the mob because mobsters get to come in the Copacabana through the kitchen entrance and get a table down front. “Wolf of Wall Street” is an opera of terrible behavior, from rampant drug use to corruption to mistreatment (including physical abuse) of women. About the nicest thing you can say about Belfort is that he’s like an overgrown toddler, who throws tantrums, breaks his toys, taunts the less fortunate kids on the playground, and is constantly feeding his face (well, his nose, anyway).

And all of this is presented as normal, acceptable behavior in the world of Wall Street. Belfort is an extreme example, crossing a clear legal line in the film when he starts moving millions offshore and using “ratholes” to hide his own stocks. But he crossed a clear moral line on his first day of work, when he’s lectured by Matthew McConaughey that the name of the game isn’t making money for the clients, it’s making money off the clients, “never letting them get off the Ferris Wheel.” These people have nothing but contempt for the people they work for, whether it’s a plumber buying penny stocks or a one-percenter dropping $10,000.

If you’ve been reading Matt Taibbi’s articles for Rolling Stone over the past five years, and learned how the economy nearly collapsed in 2008 because traders were deliberately selling bad investments, then betting against them, you know that attitude is still pervasive. Even when shoe designer Steve Madden comes into Stratton Oakmont, a guy who actually created something tangible for the world, instead of dollar signs in the ether, the traders treat him with undisguised contempt. He’s just another rube to make money off of.

It’s all there, right in front of our noses. It’s just that Scorsese and screenwriter Terence Winter don’t telegraph it as bad behavior. They leave it up to us to bring our moral compasses into the theater.

Instead, “The Wolf of Wall Street” plays like a big frat-boy comedy, “Animal House” on Wall Street. (Who is Jonah Hill’s Donnie Azoff but Flounder as a financial superpredator?) The movie is a lot of fun, and it looks like a lot of fun to be Jordan Belfort, especially given DiCaprio’s loose, brash performance. (Between this and “Django,” I’m liking this new Leonardo.)

And why is Belfort’s life being presented as such as endless, consequence-free party? Because that’s how America sees it. We lionize the super-wealthy, envy their toys and their cash and their freedom, read about them in magazines and watch them treated as prophets on CNBC, as heroes on Congressoinal panels even after they’ve deliberately cratered the economy.

We don’t want to judge them. We don’t want to punish them. We want to be them. And that’s the genius of “The Wolf of Wall Street,” that a movie ostensibly about the con artists in our society ends up really being about the rest of us, the ones who let ourselves get conned. If we didn’t hunger to get rich quick too, if they couldn’t prey on our greed, Belfort would still be selling penny stocks in a strip mall next to a tae kwon do studio.

Look at that last shot of “The Wolf of Wall Street.” Because it’s not really a last shot. It’s a mirror.

2 thoughts on ““The Wolf of Wall Street” is a morality play (Morality sold separately.)”