“Thor: The Dark World” (Point, Eastgate, Star Cinema) — My full review is here. The golden-maned prince of Asgard returns to fight Dark Elves to save the universe and propel the Marvelverse relay race forward to “Captain America: The Winter Soldier” next spring.

“About Time” (Point, Eastgate, Star Cinema) — My full review is here. Richard “Love Actually” Curtis tells the sweetly preposterous tale of a young man who can travel back in time to previous moments in his life. Either you’ll fall for it or you won’t — I did.

“All Is Lost” (Sundance) — My full review is here. Finally, Robert Redford’s new movie is playing at his house, in a gripping survival drama about a sailor lost in the middle of the Indian Ocean.

“In The Year of the Pig” (7 p.m., UW Cinematheque, 4070 Vilas Hall) — The Cinematheque’s four-film series of the documentaries of contrarian filmmaker Emile de Antonio begins with his scathing look at the true motives of the Vietnam War. FREE!

“Like Someone in Love” (7 p.m., Union South Marquee Theatre, 1208 W. Dayton St.) — My full review is here. Iranian director Abbas Kiarostami’s first film outside his homeland was the sublime “Certified Copy,” but the follow-up, looking at an elderly professor and a young prostitute in a gleaming Japan, is something of a letdown. FREE!

“The Heat” (9:30 p.m., Union South Marquee Theatre) — My full review is here. The buddy comedy gets fresh life thanks to the raunchy comic chemistry of Sandra Bullock and Melissa McCarthy, playing rival cops out to catch a drug dealer. FREE!

“Being John Malkovich” (midnight, Union South Marquee Theatre) — With “Her’ about to open in theaters, it’s time to take a welcome look back at Spike Jonze’s dazzlingly strange comedy of indie puppeteers, ageless pirates, and a portal into John Malkovich’s head. FREE!

“The Crowd Roars” (7 p.m., UW Cinematheque) — It’s “Rush” in 1932, as James Cagney and Eric Linden play rival racecar drivers going full throttle on and off the track in this early film by Howard Hawks. FREE!

“Top Gun” (9:30 p.m., Union South) — Return to the highway to the danger zone in this 1986 high-flying action film, starring Tom Cruise and Val Kilmer as rival pilots trying to out-swagger each other. Poor Goose. FREE! 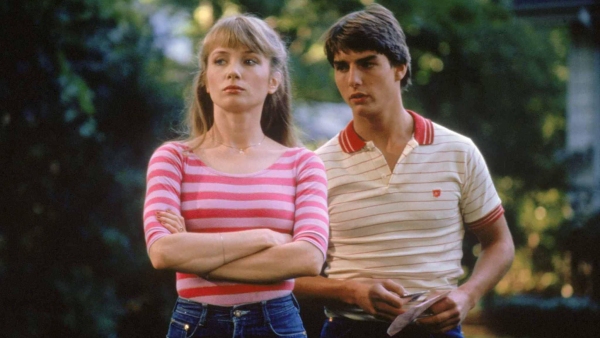 “Risky Business” (1:35 p.m., Sundance Cinemas) — It’s a weekend for classic Cruise, as he plays a Chicago teenager who gets involved with a high-class call girl. Hijinks (and a Tangerine Dream soundtrack) ensure.

“The True Story of Jesse James” (2 p.m., Chazen Museum of Art, 800 University Ave.) — It just wouldn’t be a tribute to Cinemascope without a Western, and this 1957 retelling of the legend of the James Gang is from director Nicholas Ray, making a film about another Rebel Without a Cause. FREE!

“Smokey and the Bandit” (4:40 p.m., 9:05 p.m., Point and Eastgate) — Burt Reynolds and Jerry Reed head eastbound and down with sheriff Jackie Gleason in tow in the mother of all car-chase comedies.

“DMT: The Spirit Drug” (5 p.m., Union South Marquee Theatre) — This documentary delves into the effects of a powerful hallucinogen found in a tradition Amazonian brew, ayahuasca, and its role in expanding human consciousness. FREE!

“The House I Live In” (7 p.m., Union South) — This award-winning documentary takes a look at the incredible toll that the War on Drugs has exacted on poor American families, with interview subjects including “The Wire” creator David Simon. FREE!

“Bastards” (7 p.m., Madison Museum of Contemporary Art, 227 State St.) — The final film in MMoCA’s Spotlight Cinema series is this thriller from Claire Denis (“White Material”), about a sea captain who exacts revenge on a family. FREE for members, $7 for all others.

“The Way, Way Back” (9:30 p.m., Union South) — My full review is here. An awkward teen stuck on a family beach vacation befriends the owner of a water park in this warm comedy-drama. FREE!