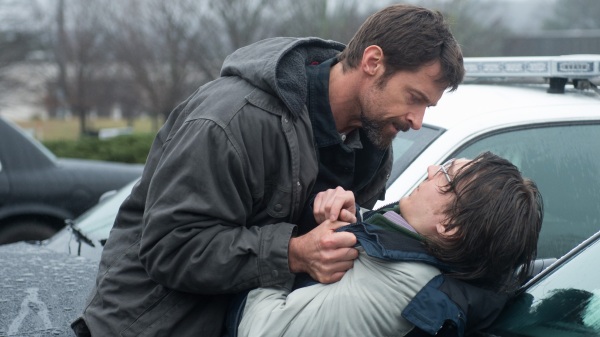 “Prisoners” (Point, Eastgate, Star Cinema, Sundance) — Once I heard that “Incendies” director Denis Villeneuve was directing this thriller, I had a hunch it would be something unusually dark and disturbing. Hugh Jackman and Terence Howard play fathers trying to find their abducted daughters, resorting to unsavory means when the detective (Jake Gyllenhaal) comes up empty-handed.

“Battle of the Year” (Point, Eastgate, Star Cinema) — Even by dance-competition movies, this one is supposed to be mighty cheesy, with Josh “Sawyer” Holloway leading a ragtag group of dancers all the way to the top. In 3D.

“Thanks for Sharing” (Sundance) — My full review is here. The ads portray this as some kind of fizzy romantic comedy, but it’s about one-third comedy, two-thirds drama, and all about sex addiction. Still want to take that first date to it? Actually, it’s pretty good, refreshingly grounded for such potentially salacious material.

“Hannah Arendt” (Sundance) — My full review is here. Barbara Sukowa plays the intellectual and New York writer who coined the phrase “banality of evil” to describe the Nazis, and took tremendous flak from fellow Jews as a result.

“The Wizard of Oz IMAX 3D” (Star Cinema) — Remember how you endured “Oz The Great and Powerful” and wished that you were seeing the original Wiz on the big screen. Now you can, and the 3D upgrade is supposed to put you righ there on the yellow brick road.

“The Punisher” (7 p.m., UW Cinematheque, 4070 Vilas Hall) — Doug Goldblatt knows action. The UW-Madison alum was the editor on such essential ’80s action films as “The Terminator” and “Rambo,” and he’ll present his 1989 version of “The Punisher,” starring Dolph Lundgren as the vengeful anti-superhero. FREE!

“This is the End” (7 p.m, Union South Marquee Theatre, 1208 W. Dayton St.) — My full review is here. Looking back, I think “The World’s End” gets the nod as apocalypse comedy of the summer, but this raunchy and bloody comedy is a close second, as Seth Rogen, James Franco and others play themselves dealing with end times. FREE!

“Stoker” (9:30 p.m., Union South Marquee Theatre) — My full review is here. Park Chan-wook’s American debut is an exercise in style, but what style, a Gothic thriller in which a teenage girl (Mia Wasikowska) contends with a mysterious uncle (Matthew Goode) who arrives after her father’s death. FREE!

“Oldboy” (midnight, Union South Marquee Theatre) — My original 2005 review is here. After you’ve seen “Stoker,’ stick around for Park’s legendary thriller/horror/love story/tragedy, about a man who is kidnapped for 17 years, set free with no explanation, and tries to find out why. I said it eight years ago and I’ll say it again — it’s like nothing you’ve ever seen before. FREE!

“Fast Times at Ridgemont High” (4 p.m. and 9:15 p.m., Point and Eastgate) — Spicoli and Mr. Hand return in the raunchy 1982 teen comedy that launched the careers of Sean Penn, Jennifer Jason Leigh and more.

“Don’t Stop Believin’: Everyman’s Journey” (6:30 p.m., Point and Eastgate) — Arnel Pineta went from singing cover songs in bars in the Philippines to being the new lead singer of Journey, and this documentary shows how it happened. 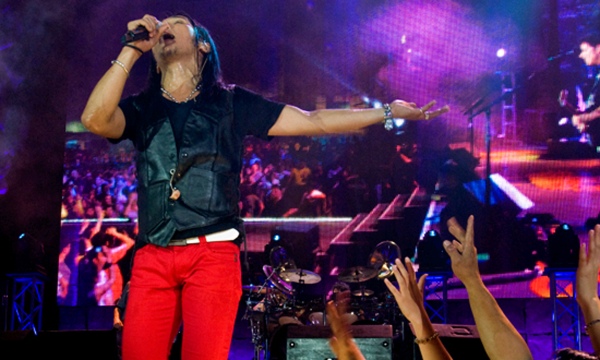 “Low Movie (How To Quit Smoking)” (8 p.m., Barrymore Theatre) — Phil Harder has been photographing and filming the band Low for 20 years, and this documentary collects all kinds of obscure footage to tell the band’s story.

“Side Effects” (7 p.m., Union South Marquee Theatre) — A wealthy couple and a psychiatrist are enmeshed in a bizarre crime related to a revolutionary new drug in Steven Soderbergh’s twisty thriller. FREE!

“Star Trek Into Darkness” (9:30 p.m., Point and Eastgate) — My full review is here. The rebooted Kirk and Spock return to battle a super-terrorist (Benedict Cumberbatch) in this film that is a pretty decent summer film, if you forget that it’s a Star Trek film (and that’s pretty easy to do.) FREE!